The whole world doesn’t fit into Dino D’Santiago, but Lisbon is forever

We feel, feel, feel this new Lisbon, the warm city that made Dino D’Santiago fall in love after traveling the world with this slow funaná, the heritage from Cape Verde and the lyrics written from a place in his heart big enough to safekeep many nations. 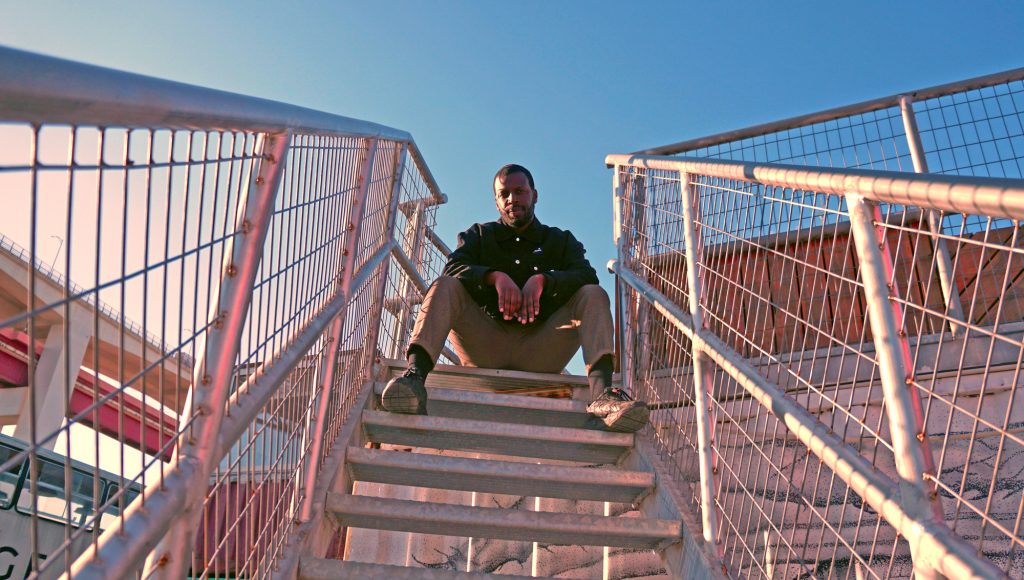 Dino D’Santiago, born Claudino Pereira, in 1982, in Quarteira, Algarve, carries in his name the fertility of a legacy of pure family history he didn’t want to leave out of his music: Cape Verde. Emigrants in the 70s, Dino’s parents also brought Creole with them and “spoke Creole to us and we, me and my two brothers, would answer in Portuguese. It was our own dialect and it still is today”, he tells me. But they also brought the devotion that led Dino to be part of the church choir where, to tell you the truth, everything began.

The innocence of a voice nourished by melodies that are suited to those Catholic practices would see an intense transformation with all the “hip hop tapes coming from the US and the UK sent by friends who lived there” in the late 90s, the golden age of sung choruses. The guys already doing this for real used to go to the church to see the kids sing, and that’s how Dino was “chosen” and felt “the bug biting harder”. “Hip hop was important to me because everyone was saying that I had to write my own lyrics, so that’s when I started doing it”.

During the thousand stories he tells me, from the friendship with Virgul, which started somewhere in 2001 and is still alive and well today, up until entering a universe that would forever change his life in many ways, Expensive Soul, of which he was part of for eleven years, Dino didn’t lose his smile, not for a minute, nor even the authenticity that’s part of him as if it were embedded in his skin. These eleven years were pivotal to his musical evolution — a kid from the visual arts with medals and honorable mentions on his back — and to reach a moment of superlative desire to make something in his own name. He got a few members of the Jaguar Band together, the band from Expensive Soul, and invited a number of household names that, one way or the other, were part of his path, like Virgul, Carlão, Valete and Sam The Kid, the latter an important player in his success, as he founded the label Quarto Mágico to release “Eu e os Meus”, Dino’s first solo album.

The track “Mamã” would open the right doors to a strong personal discovery time, as it was written in Creole and dedicated to his mother, of course, leaving a soothing fragrance from Cape Verde in the air that would be fully explored in “Eva”, the record released in 2013 after a trip to Cape Verde with his father. “I went there for the first time in 1987 and came back traumatized. There wasn’t any running water or electricity. It wasn’t for me. After twenty-something years, I went back, and it changed my life. The conversations with my grandparents… It was no longer a child seeing all that, but a grown-up, and I realized they were happy with almost anything — at least that’s what I thought, anything”. 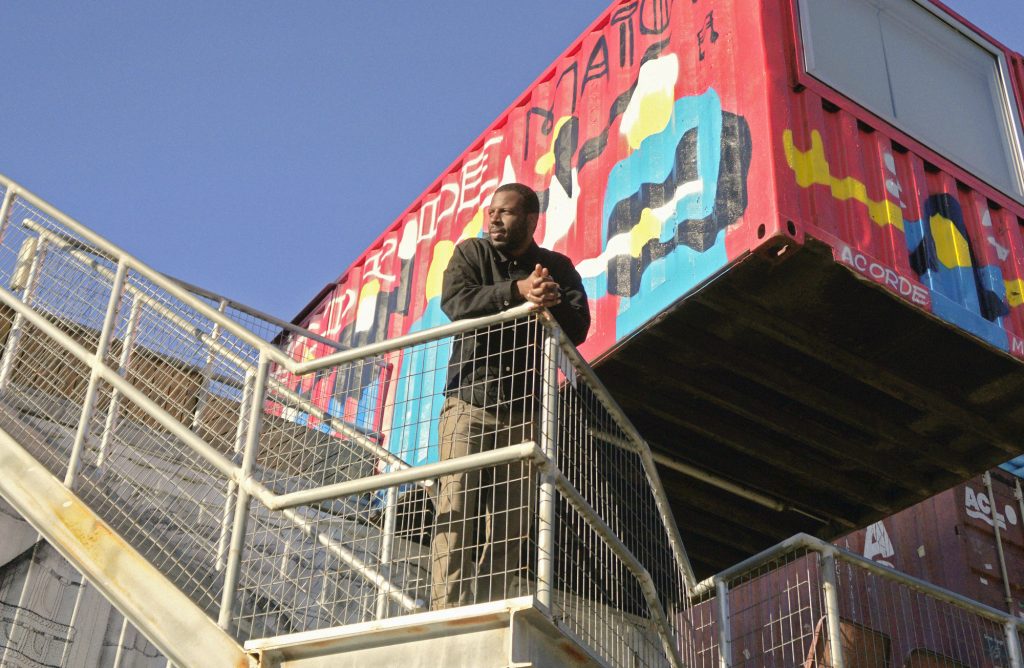 Thanks to this record, Dino got to know the world and its many and distant sides, from Seoul to New York City to Belo Horizonte and countless other great cities. But Lisbon has some other kind of rhythm, a different light, which contributed a lot to “Mundu Nôbu”, a graceful fusion of styles and ranges of two flags — even more — perched on an artist that wanted keep funaná close to hip hop. “Kalaf was the first to say I shouldn’t alienate the more urban sounds, because most of the people calling me to sing were not from the traditional, more conservative side of my music. But these, on the other hand, were also by my side, Tito Paris, Bulimundo, all these great names from the Cape Verde scene were embracing me because of what I was writing”.

For this last album, Dino counted on Paul Seiji, a British producer that worked wonders on the Cape Verde sounds that Dino recorded there, and Rusty Santos, a producer from New York who trusted in the slow funaná, “which is my favorite”, he tells me. Carlão also played an important role here, as he was the one pushing Dino to show it to Branko, from Enchufada, and the “Nova Lisboa” happened just like that, with the lyrics and the melody just coming to him, “and then we just had to take care of it”. Two months after the album came out, it was already considered one of the best of the year by Portuguese critics, which took him across borders again and got him a feature in Rolling Stone. This is an album that reveals a new identity that goes beyond barriers and reinvents genres, without forgetting that Lisbon, which for Dino fits perfectly into Village, who he met thanks to DJ Glue, with whom he recorded a track for his “Goodies” EP, right there among the containers where Dino says he feels great at. “It inspires me a lot. The great thing about this is that you see people coming and going, lots of things happening at the same time, which can help you through your creative process. To me, the containers have a lot to do with Cape Verde, which lives off the sea, and there are many containers coming in to help the country and many going. It’s like I’m standing in a harbor in Mindelo but docked in Lisbon. I’m sure I’ll be stopping by for my next album. Everything’s telling me I have to be here, so that’s where I’m staying”.