Record stores living off physical releases yet made of musical relationships

Vinyl Village may be the name of an event setting up DJ sets, a live set and a vinyl market with selections from three of the best record stores in town together, but it’s also the kick-off for this chat. And this chat is as much about record stores as it is about who’s part of them. I spoke with André Santos from Flur, Jorge Caiado from Carpet & Snares and Rodrigo Alves (Trol2000) from Peekaboo about their personal journeys and motivations for surviving the tiny record store circuit in Portugal — and the even tinier branch dedicating totally or partially to electronic music.

This could be one more epic story about the revival of vinyl, but it’s not. Mainly because the opinion on the accurate strength of that market is consensual: “I was watching the streaming of the chat (with Percebes, from the last Happy Hours) and I can really relate to what Novo Major (José Moura, co-founder of Flur) said. Vinyl holds a residual value. There was a boom a few years ago, but today, with the access to music being as easy as it is, vinyl became this kind of exclusive object for collectors”, says Rodrigo.

It is indeed not a story about vinyl, because there’s another cross-sectional trait in this series about agitators curating Village Happy Hours: the true love for music, whether it’s in production, mixing, editing or, in this case, curating. But while many of these projects and collectives that keep appearing exist in parallel to full-time jobs that support guilty pleasures, having a store, a rent to pay and an investment in material is essentially that. It’s a life decision made on the fine line in which reason tends to outweigh passion. In which the promise that money brings happiness gives way to safe expectations that life can only be boring until the next vinyl release comes in. And then hoping that it sells.

Before he opened Peekaboo, Rodrigo talked to Márcio Matos from Flur, where he’d been buying records since forever, who told him he wouldn’t make any money and that it was going to be a lot of work. But he did it anyway: “I quit being a designer because I felt I was being taken advantage of. Now I do this because I love it. It doesn’t let me play music as I used to as much, but now I select more where I do”. And Rodrigo, curiously enough, before he was a DJ he’d already been a kind of curator: in Almada, where he spent his youth linked to punk and hardcore, playing on “As Good as Dead” with Hélio Morais (Linda Martino, If Lucy Fell, PAUS), Cláudia Guerreiro (Linda Martini) and Edgar Leito (The Vicious Five), he engaged in a close relationship with music since early on, creating fanzines and collecting tapes and vinyl records from projects in the circuit: “I’d buy demo tapes to the bands and distributed them worldwide, way before there was Internet”.

For André the burden of that personal delight is also outweighing the career he studied for, so both decided to make that passion real. But it’s clear that the journey carries influence: André from Flur — who’s also André from Filho Único — comes from Modern and Contemporary History, which has certainly influenced his role in music, where writing takes its toll. When he was 20 years old, he created the website ‘A Puta da Subjectividade’ with some friends, ‘because we longed for people who would write about music that we dug the same way we enjoyed reading about it”. That is, registering contemporaneity, the experience lived and told, comes from liking to read the other people’s stories. And though he writes for Observador and Sábado, he still feels like his generation in Portugal “couldn’t create something for it, a publication like Fact or Resident Advisor, for example”, and that shows how little evolved the musical culture is here. “The greatest issue here is that you have to create the market. Here you have to work with a lower price than other stores out there or find ways to sell dozens of copies of something that no one knows here”. 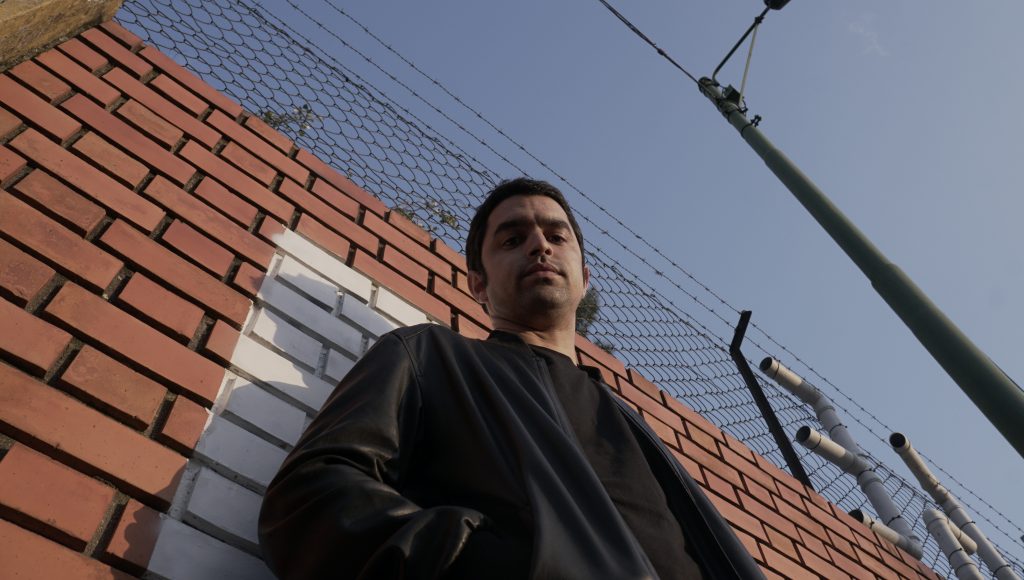 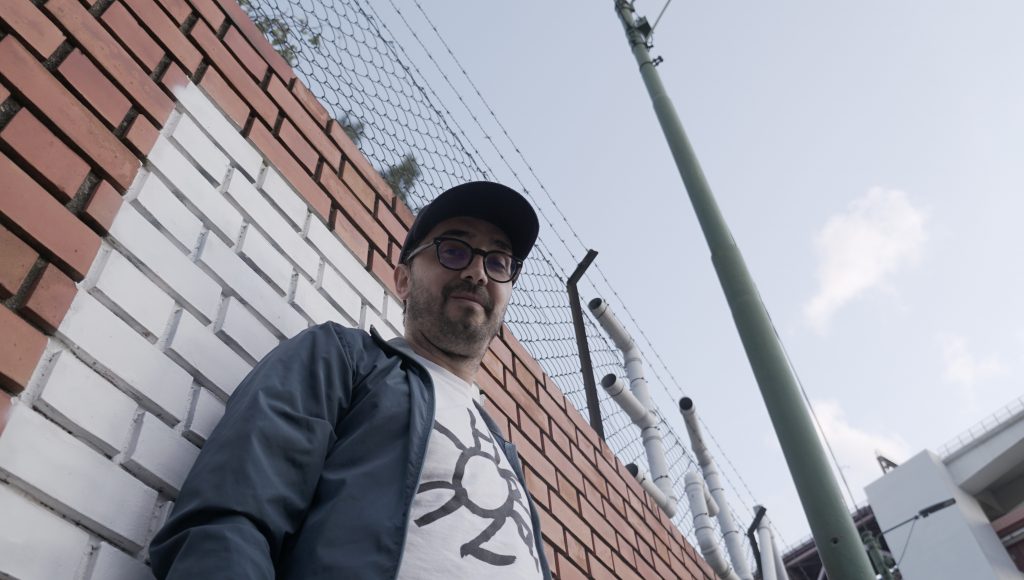 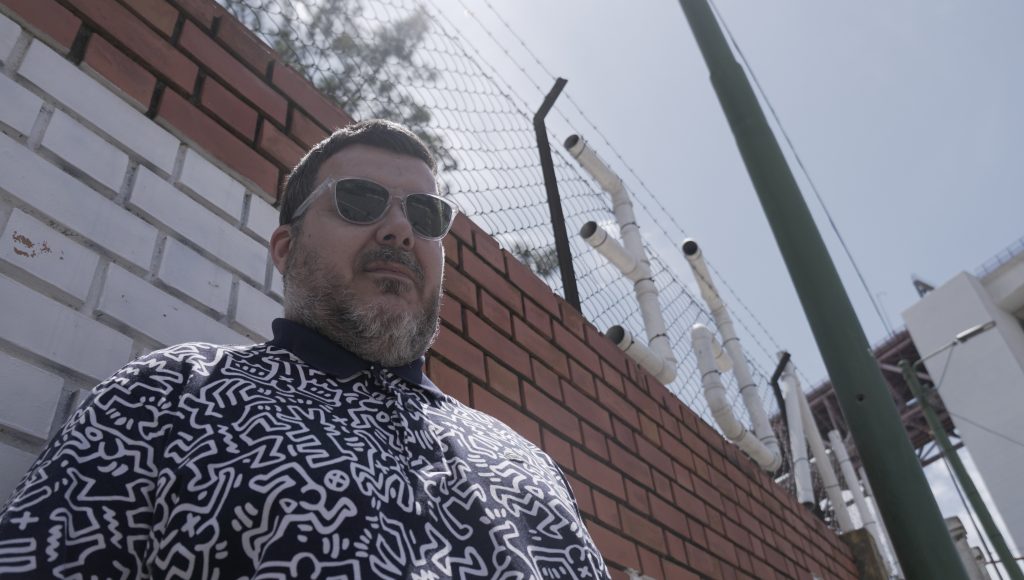 And Jorge Caiado agrees, emphasising the door opened by the first place where he went looking for a job when he got to Lisbon, Flur: “It’s one of those rare cases of a store that was able to keep itself standing while respecting an editorial line, because it’s hard to work with niches in a country like ours, where the culture of electronic music is not as rooted as it is in Germany, the UK and Holland, where he holds as much as pop and rock. And that’s reflected on sales in Portugal”.

But Jorge Caiado considers he has lived since early on “a strong culture of dance music in Póvoa do Varzim, which would make the guys get together in garages to listen to records”. At 16 he was already playing at Plastic and at 18 he went to Porto to study Sound Engineering at ESMAE, a time when he started to make his own beats, while his DJ career was getting momentum. He taught at Dance Planet, got together with Marco Briosa’s and João Maria’s Harborage Lisboa, that later originated Carpet & Snares (C&S) with Zé Salvador, and which he now manages by himself. And perhaps that privileged viewpoint of having gone through several perspectives involving music — also RBMA to Groovement to Rádio Oxigénio — he envisioned something more for C&S: “Although the store is the heart of the project, it’s also a label, an agency and a distributor”, turning C&S into an agent for the promotion of electronic music specialized in house and techno in Portugal, on several levels. That same education, visibility, marketing, editing and publishing of music as a whole.

What also ends up happening with Flur, which created Holuzam, which in turn rereleased ‘Belzebu’ by Vítor Rua and Jorge Lima Barreto’s Telectu “that everyone wanted to release”, as André puts it, but in the end Flur got the biggest vote of confidence from its peers. And it’s this reinvention and reach that (also) allows these projects to feed off and evolve from each other. According to André, “the label is one more channel to try and capitalize on what you’re already doing, you reach a bigger number of people, it shows authority”.

It’s that certain ‘authority’ or trust that prevails over choosing records from online catalogues or going to a specialized store. The human, emotional and tailor-made contact with someone with a background linked to music, whom we can trust our taste to. Information exchanges indicating the right path towards finding the next fetish — and as spontaneously as the duration of a conversation. That tip about that record that was missing from the collection that Spotify would never figure out. The belief that art is still just grasped by humans and even studied better by music aficionados.

Because of all this, I’d go to André’s store for the stories, for the enjoyment of talking about music; to Jorge’s for the cultural and aesthetic closeness; to Rodrigo’s for the musical identification and the good-natured vibe. And I couldn’t finish it off better than André did: “We’re not more right or wrong than others, we’re just a little bit cooler than algorithms”.

* this Friday, June 7, at Village Underground Lisboa, from 6 to 11, Village Happy Hours is curated by Carpet & Snares Records, Flur Discos and Peekaboo Records, with DJ sets from Jorge Caiado, Miguel Melo and Trol2000 and a special live of Vítor Rua.