Recent studies show we need more happy hours: find out more about all the secrets to become less indifferent and more indiefrente

The title is semi clickbait, because, yes, studies give credibility, but we’re genuinely talking about happy hours in its utmost form, and those who work hard to make them a reality: I chatted with Joana Krämer Horta and Bernardo Batalha Torres, who alongside João Figueiredo are indiefrente, one of Lisbon’s most cosmopolitan, dusk-soaking events. Now they’re turning to “Palm Tree Affairs”, flirts with artists from other circuits, unexpected places or up-and-coming projects. And they make it clear that the path is not indifferent and is built with an identity that can lean on the quality they put forward and the ecosystems they create. 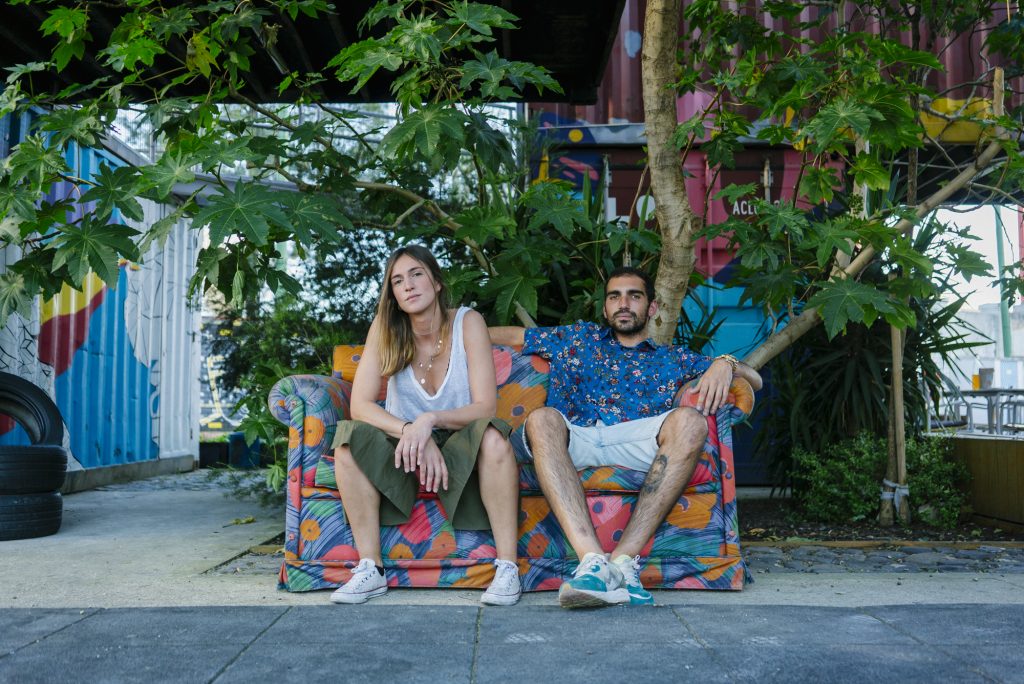 Music, dance, friendship. We need more of that — and more events that mix it all together. This one says it doesn’t have a logo, but it’s indiefrente. But it’s not indifferent, let alone a stranger to Lisbon’s cultural growth over the last few years — it actually proves “Lisbon is the new Lisbon”. It’s not the new Berlin or anything else, it’s Lisbon and a worldly-wise conscience that has carved out more sceneries and moments to find itself. The vibration that followed is the full responsibility of cultural movers and shakers, promotors, and producers, which, along with the artists, have made Lisbon a pulsating place to be.

I’ve known Joana for a couple of years now, and I’ve always kept track of her enthusiasm for the world of music and performative arts. Perhaps because she grew up on the shadow of a great artist — her father is the renowned dancer and choreographer Rui Horta —, it’s not that unusual that the drive to create something and be successful in the realm of all things culture and performance runs in her blood. From her own experience living in Barcelona, she ruminated on the idea of creating more events at sunset, something not as common in Lisbon back then. And Topo, in Martim Moniz, was where the adventure started. At the time, I remember seeing Joana showing up at Lounge a lot more often to check out the DJs she wanted to summon. Now she tells me: “at first, I was booking all kinds of DJs, from indie to house or even techno, but then I realized that what I needed wasn’t a genre, but a certain kind of music for those final hours of sun; happier music”. And it was right here, or when her aesthetic sensitivity got sharper, I think, that the first secret for indiefrente dwelt on: knowing how to position an event that starts when the light is still out, bringing that positive feel in, as opposed to a darker, more decadent side the night represents. indiefrente is light, clean, with a great vibe, and a symbol of Lisbon’s ever-growing cosmopolitan trait, where there are hardly any moments when we’re not dancing. And that’s a good thing.

After Topo, Joana wanted to reach other mountaintops, so Quiosque do Bambu’s invitation led her to define the next secret, even when things we’re happening: indiefrente was to become a traveling party that would give its audience the pleasure of finding out where the next unforeseen dancing spot would be. Clube Ferroviário, CCB’s Olive Tree Garden, A Janela da Voz do Operário, Le Consulat… And more and more people kept going, wherever the party was, like the swarm of people at Torel in May 2018.

Joana already worked with artists like Kruella D’Enfer or Bárbara Alves for the artwork or Gustavo Rodrigues, Jorge Nascimento or João Descalço for photography or video, and it was thanks to cultural partnerships, at the opening of Temps D’Images, in the centuries-old Edifício Amparo, that the awareness of the transition to maturity took on a distinctive form. In addition to the collaborations with artists and cultural partners, indiefrente got to a place where it needed to expand its team, and it was actually from the dancefloor of all those parties that Bernardo Batalha Torres and João Figueiredo jumped in. Santiago Alquimista came after that, along with Suspenso, a partnership with MIL, and Santa Clara Market — to make things clear, at this moment, indiefrente was wooing over more than 800 people per event on average, a result of these structural changes. Right now, indiefrente manages all sides of the event, from line-up to staff. And that giant step for quality control happened because of João and Bernardo. 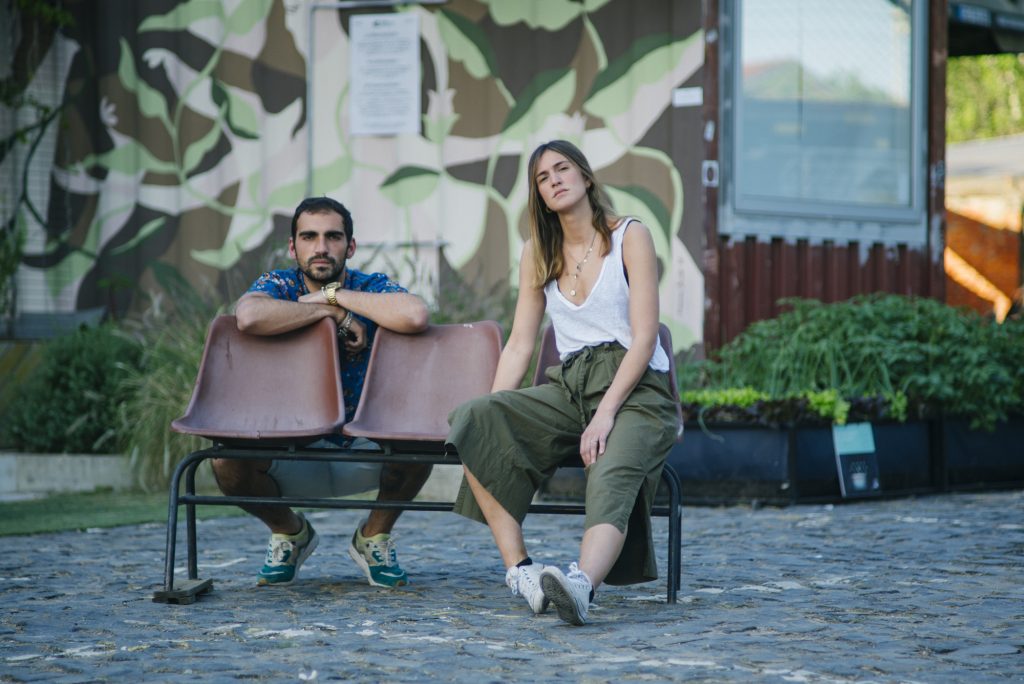 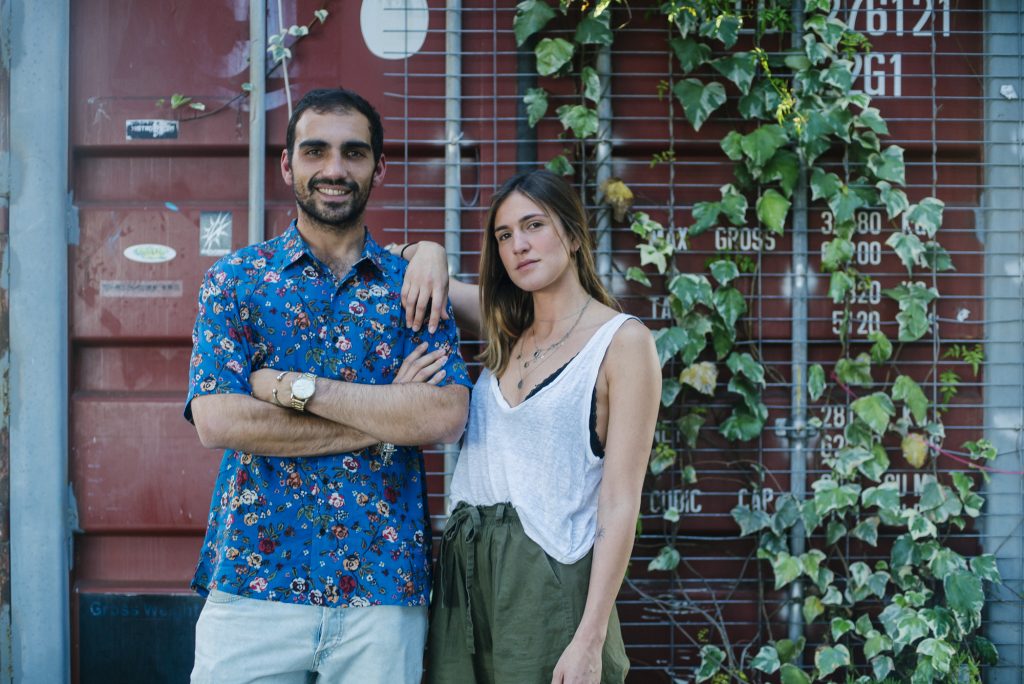 Bernardo displays as much that gentleman pose, that courteous demeanor bursting at the seams with confidence and serenity, as that youthful smile of someone who lives with the constant desire to interact with new worlds and experiences. After studying Marketing and Hotel Management, at 23 he opened Matateu with the Manzarra brothers, an innovative modern petisqueira, before the boom of similar businesses that came after. But it was the discovery of alternative sounds and the magical spaces where he went dancing to it that made him fall in love even more for music, for that scene: “in my mind, people can be or do different things on the dancefloor, but the uncovering of new mindsets is what really drives me. More than loving the artists or their value, I’m interested in their integrity, freedom and values, and learning something from it”.

This is potentially indiefrente’s third secret: trying to learn it and implementing it, of understanding how to relate to it. It’s made of people who are mutually inquisitive, hungry for new things, who learn as they go. And there’s something they can teach already, as they’ve been bringing a lot of people together without jeopardizing quality or losing their own identity. With Joana in charge of communication and line-up, Bernardo in production, marketing and public relations, and João in the finance department, indiefrente furnishes its structure with experts to be the best in all areas. And that seems utterly honest to me. It allows us to trust in a good moment. It’s that feeling of trust they’re seeking, I think; of creating a healthy ecosystem guided by a plant-god of sorts: a palm tree, which went from aesthetics to symbol, a metaphor for the concepts that keep indiefrente in one piece: a state of happiness, exoticism, ecology, the plant that can trigger off and grow in all kind of soils. Every time we look at palm trees, all imposing, we’ll remember that we cannot feel unaffected by a dancefloor. Here is where we dance and talk about it. And just like Joana, Bernardo and João, it’s where we can meet people, figure out values, piece ideas together and spread the seeds for the ecosystems of — our — life that need more happy hours.

* this Friday, May 17, at Village Underground Lisboa, from 6 PM to 11 PM, Village Happy Hours is curated by indiefrente, introducing “Palm Tree Affairs” with DJ sets from Benjamim and Pedro Ramos and live art by vjtor. And palm trees, of course.