The “Summer of Love” was a counterculture phenomenon that occurred in 1967 mainly in New York City and San Francisco, where a large artistic and hippie community got together to celebrate love, rejecting all consumerist values, governmental policies and the Vietnam War. Twenty years later, in 1987, DJs from the UK were bringing acid house and the so-called love drugs from Ibiza, sparking empathy and euphoria on the dancefloors, and giving rise to the rave culture that spread electronic music and the club scene in the 90s. In 1988 and 89, clubs like Future, Haçienda, Shoom and Trip were disseminating that culture all over the UK, which resulted in the “Second Summer of Love”, a movement that outspread to the rest of Europe. Thirty years on, in 2018/2019, OITO//OITO pops up in Lisbon, a label and promoter that pays tribute to that love for music, communion, diversity and inclusion. I spoke with André Pelota and Pedro Pinto about what OITO//OITO is bringing in differently and realized that sometimes you really have to go back to the essence of things to understand what got lost in the way.

OITO//OITO is the new music label and event promoter by André “Pelota” Soares (Señor Pelota) and Pedro Pinto (Dupplo), united by the love of music, whose careers have already been through many mutual touchpoints in terms of exploration. Their names are recognizable by everyone going out in Portugal, from Porto to Lisbon, from Paredes de Coura to Zambujeira do Mar, and from Viana do Castelo to Baleal.

Pedro Pinto started to play hip-hop in Porto in the beginning of this century, but then the electroclash movement and Club Kitten parties, that mixed electro, rock and house, motivated him to create the Twin Turbo project with his twin Nuno, which resulted in regular parties at Passos Manuel and Plano B that shaped Porto’s nightlife. Since then, Pedro went through many styles: either with MegaBass (with his brother and Sergio Gomes from Breaks Lda.), where he explored UK garage, bassline, dub and dubstep, in residencies at Armazém do Chá and Paredes de Coura festival programming; Voxels (with Pedro Chamorra), an house and french touch project where he produced many EPs, remixes and an album for Optimus Discos and Enchufada; or Dupplo, the name he uses to release countless tracks and for the residencies at Lounge and Café Au Lait. Pedro is one of those DJs that has already learned from many schools, therefore having a remarkable knowledge of the dancefloor, which made him belong to many movements without ever being definitively bound to one.

And if Pedro only came to Lisbon after a decade behind the decks, Pelota is a señor, a recognised cultural agent in the capital. André grew up in Benfica, having been driven to electronic music by his brother’s cassettes and by neighbours Nelson Flip and Nuno Flick, after years “fancying guitars”. But raves in Serra de Sintra, Figueira da Foz, or nights at Alcântara-Mar, Kremlin or Frágil, made him “stop going to concerts or taking girlfriends to the movies to buy records at Question of Time from Alkalino, at Bimotor of Luís Leite, or World Music of brothers XL and WLA Garcia”, being that now he owns a vast and enviable collection. And like that he got to know people whom he identified himself with, until he got a gig at Três Pastorinhos, followed by Captain Kirk, in times that being DJ was only within reach of a few. But since then, he never stopped being present on Portugal’s and Lisbon’s nightlife: being for the 10 years of monthly Glam Slam Dance parties, a project of genre fusion with Mário Valente; Intelectronik with Pan Sorbe, where he explored electro, house, techno, acid and disco; or Mutante, a radio show for Antena 3 Dance that instigated more than a hundred parties, mainly at Lounge, his “second home”. And besides that, he passed through all summer festivals, was involved with Freima and Frenzy, did music curation in bars like Velvet, Bar do Bruno (Baleal), or Clube da Praia (Zambujeira do Mar). Curriculum is something far from lacking to a guy that believes to be a music devourer and promoter, which made him a prominent figure of this century’s clubbing scene in Portugal.

And even if eclectic DJing journeys have been experienced by both, Dupplo is more connected to music production and Pelota focuses on programming and promoting, being that the initial idea of this label/promoter brings these two sides together: “the fact that we’re not associated to a collective was the starting point to join forces and created something shared by us. The label was secondary, but then it ended up being the primary thing”, Pedro says. And thus OITO//OITO also ends up following Dupplo’s prolific career as a producer, another platform for the “enormous amount of music yet to be released”, with the “idea of releasing a couple of edits of less obvious music, Portuguese, between the 70s and the 90s, 8-inch records with 88 editions”. As for Pelota, “these days, to release an edit is discovering a hidden treasure, a B-side, rarities we can show to our audience”, though the “label is part of the project, a free-speech music platform”, it’s not just about releasing records, but also promoting their own events, a joining of forces of sorts by two renowned DJs in unprejudiced parties. 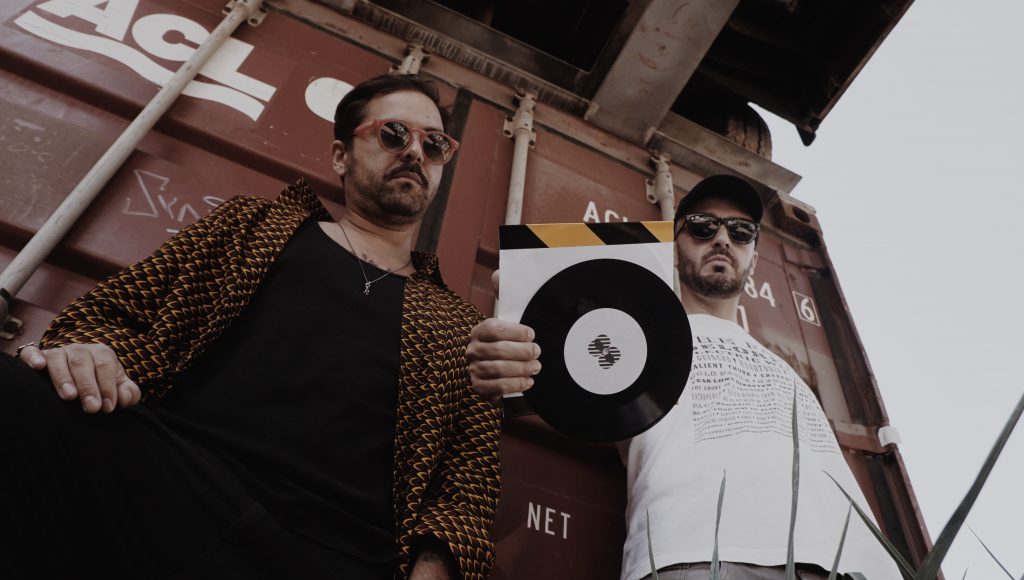 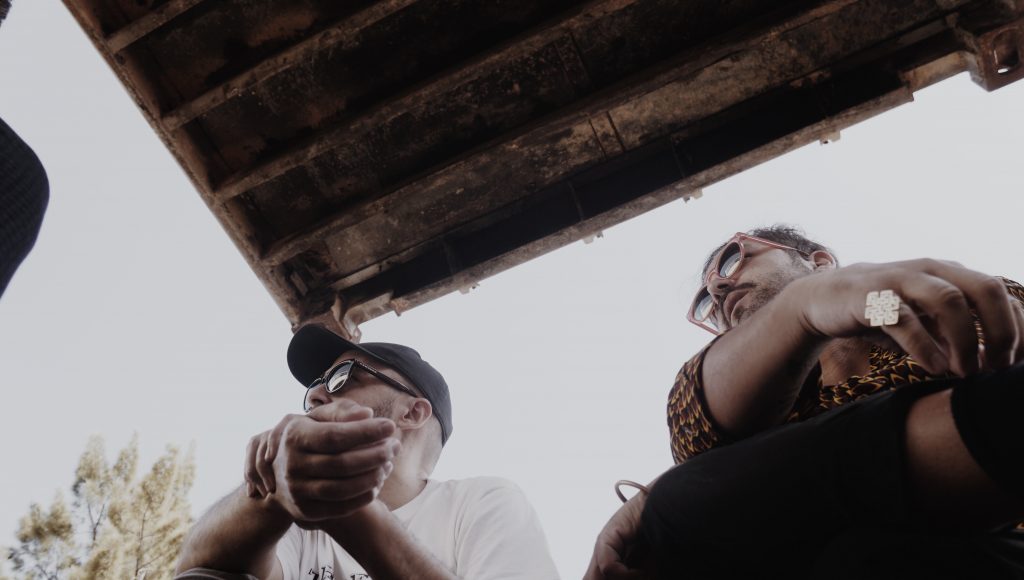 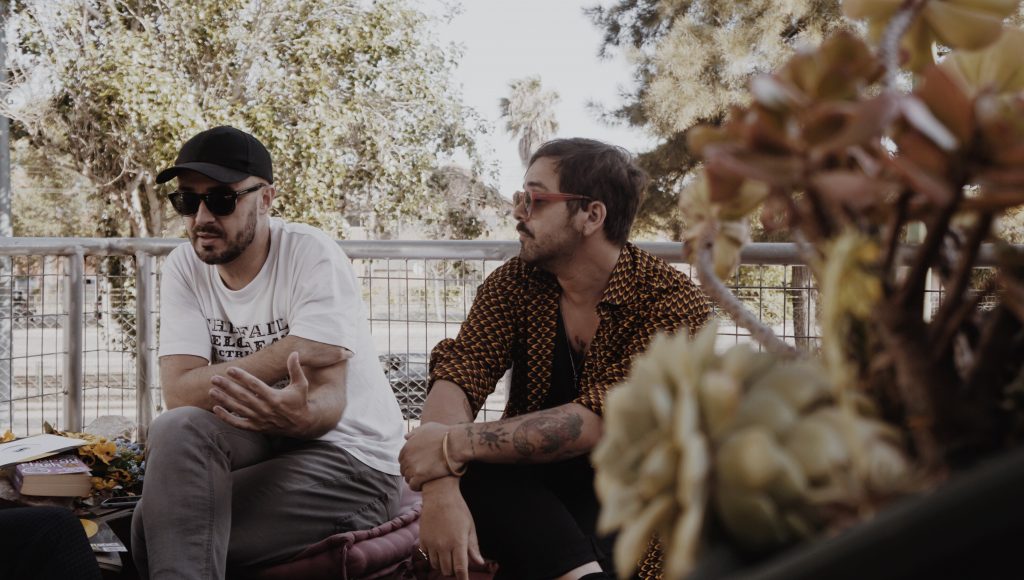 But what to do with so much curriculum, if this is a volatile field where clubbers change movements, clubs and artists from one season to another? Their answer is the concept behind the summer of 88, to which they call “timeless movement”. “We were lacking a free space to sway between music styles. To go back to the roots of the club culture, knowing that it started without barriers, and with the conviction that it is possible to embrace genres without going through a pure revivalism, to make people dance with music we like, from different times and styles”, André says, to which Pedro adds: “in Lisbon’s party scene, I think everything is a bit segmented. Above all, we’re free spirits, DIY, where we can play music from 1988, but also 2018 or even 2028. We’re not revivalists — though with Village Happy Hours* we’ll be doing so, but only to explain where the 88 of OITO//OITO comes from”.

And while we chatted about the particularity of a greater eclecticism in Lisbon compared to other cities, a transversal trait spotted on by all the interviewees who are part of this series “Lisbon Is The New Lisbon”, many of whom are agitators as well, ended up confessing they go out more when they play. Those who dwell on alternative nightlife venues know that it’s usual to see Pinto or Pelota soaking up from other parties: “We can go either to Surra or Mina. I like music and I’ve got to know what’s going on in my city. If I don’t go to Lux, or Incógnito to get the feel of how Shcuro’s or Marco’s (Photonz) are, or the East Side Radio parties across town, if I ignore what’s happening, I don’t know what I can do differently”. In that sense, Dupplo and Señor Pelota will become the most well-informed DJs in Lisbon about what’s going on, genuine clubbers on one day and DJs on the next, in a moment of proliferation of promoters, producers and labels that are enrichening the city, but segregating the crowd into styles or tribes.

Those tribes are not for Pedro: “there are parties that call themselves inclusive, but if I’m not on this or that tribe, I don’t feel that. And we don’t care there are hipsters, preppies or from the hood, etc. Our motivation is more inclusive”. And, as Pelota says, “that’s how back to basics works for us, like it used to be with the first house parties, where one would mix jungle, techno or dub, and that’s what motivates us to be free and not upholding a barrier, with no expectations or the pretentiousness of teaching, but rather to celebrate music for what it is, music”.

This way, OITO//OITO wants to position itself as a symbol of something not restrained by styles, genders or tribes, focusing on music diversity and building a oneiric space inspired by raves, and not just about being just like Haçienda or the smiley faces of acid, but all for the smiles of everyone who love to dance uninhibitedly, next to people who are not exactly like them. It’s made for everyone who go for the sole reason of the music and not the hype, for everyone who are inclusive because they include, and not because they close up in a circle. These can count on two DJs that grew up with everything that came after the “Summer of Love”, and who want to spread it again, with no prejudice, on the dancefloor. And who will know what to do as no other — after all, they’ve always been there, dancing with everyone, with all of us. 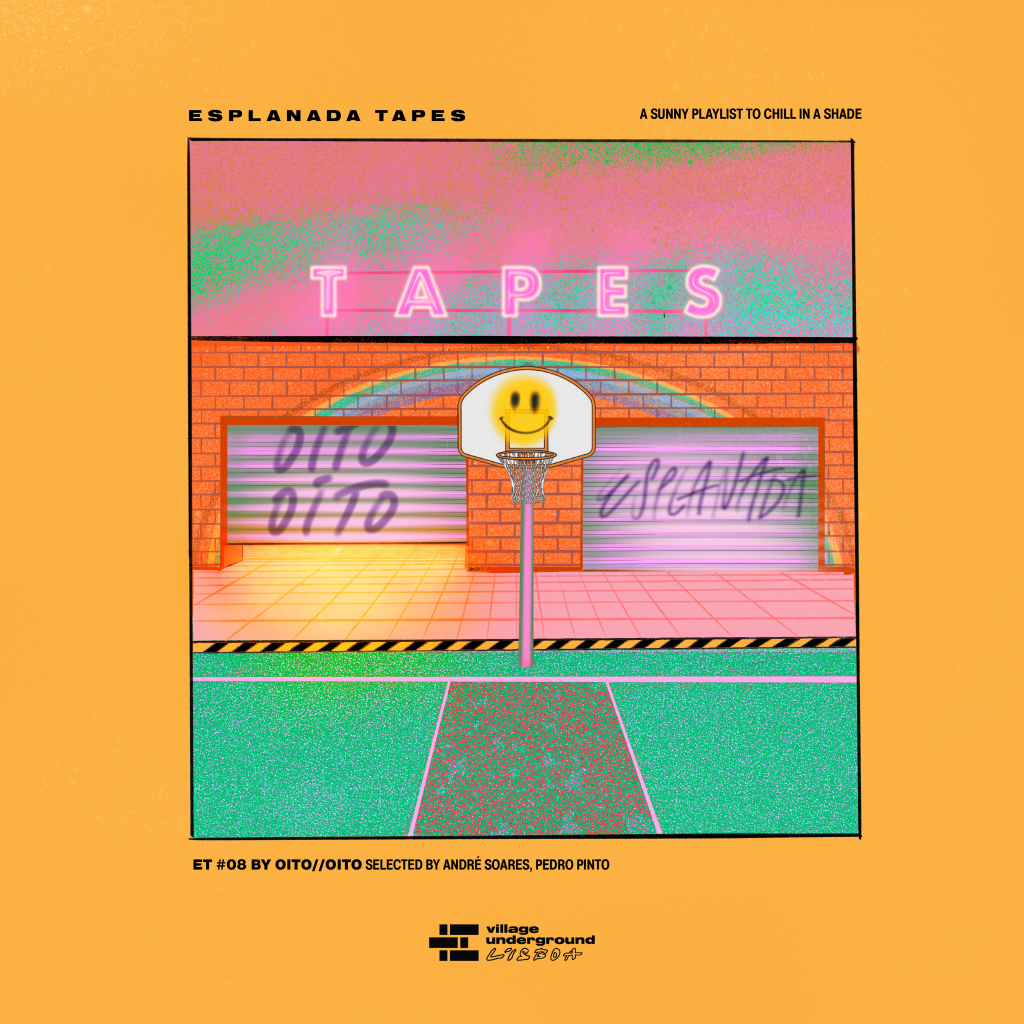 Click here to listen to the Esplanada Tapes 08 by OITO//OITO, selected by André Pelota and Pedro Pinto. Artwork by Georges-André.