“Extended Records (ER) focuses on digital editions since 2011, Discos Extendes (DE) in vinyl since 2018, do you extend?”. That’s how they stand out, with name puns that come up in conversations between designer Nicolai (CVLY) and founders Gonçalo (Terzi), Sebastião (Lieben) and João (Smuggla or Conhecido João), to whom Diogo joined forces with in 2016. They wanted to be called by their first name on the Esplanada Tapes, and I kept it that way, in their authenticity and simplicity. I spoke with João and Diogo, who brought a Turista — or Hugo Vinagre, a.k.a. Miguel Torga or Early Jacker, among others — to understand where they come from and where they’re “extending” their life projects. 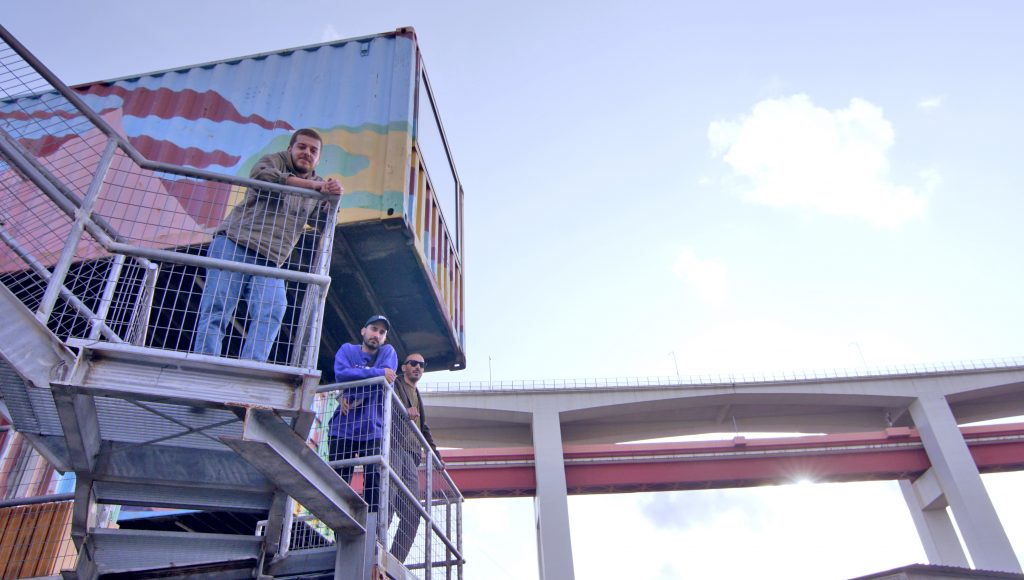 João, Sebastião and Gonçalo have been friends since they can remember, and from an early age they started to develop together a taste in music, leading them to create Extended when they were 18 and 19 years old — “we’ll always be those kids”, they say, but now belonging to a precocious wave of electronic music indie labels. The editorial line, they say, is «eclectic and is about the freedom we give the artists. People show us things and we release what we like”. And Diogo laughs, remembering an interview in English where Gonçalo dropped a “We don’t put the finger”. The first laugh was out there, but Hugo interrupts it by saying “I’m ok with someone telling me things about my music. It really depends on the people”.

People: as many projects, releases, images and communication as they send out, it’s always people who’re behind the creations — giving them a whole other human dimension to these passionate projects. “We do this to keep who we love around. To work with who we feel comfortable with. ER/DE are platforms for that”, defines João. And if we’re speaking of people, let’s speak of those who, after all, make Extended/Extendes: from the editors to promotors and artists. Three people that share common ideas, but different ages and life stages: João is in his twenties, Diogo in his thirties and Hugo in his forties. They’re all working in music, though with distinct perspectives.

João studied arts and then illustration, which he ended up quitting because he felt he was giving more time to music, whether as melomaniac, DJ or co-founder at Extended, a label he created with friends whom he shared the decks with. “And then Nuno (Vil) invited me to be part of Warface, and recognition came creeping in”. But what would happen next would also be connected to the graphic element of it, like the branding for Segmenta or post-Nicolai Sarbid Extended, who was the label’s designer until João took control over it and started enjoying graphic design even more. And because of one passion came another, which now takes up as much time as the other: “My life now is design and music, and I do what I love”.

A career perspective Diogo has been hoping for, while he arrives at his thirties where one evaluates the path so far and plans for what’s ahead. And his was more traditional in the sense that he tried to live out of what he studied: born in Guimarães, he went studying architecture in Coimbra, after which he went back to work in it for three years. He was already spinning records, but, once again, it were the people changing his course, and probably on those dance floors. In this case, Gonçalo, who he met in Braga. They immediately hit it off, so he started to be part of Extended and Segmenta, up until he moved to Lisbon and finally got into the circuit, namely at A Capela, Lounge and then Lux. “I tried to live the so-called ‘serious life’, but it didn’t work. At a certain time of my life, I wanted to dedicate fully to music”. And he confesses that now the idea is to do it to keep with DJing and mainly showcase things: “as a DJ, you’re a content promotor, but I can’t live without showcasing my own”.

Something that happens to Hugo, but the other way around: “Actually, I wanted to make music, not being a DJ”. That desire was so strong it made the food engineer from Alentejo to quit stable jobs in a hospital or a bank to commit to his passion. “I’m surprised at myself, at how I’m being able to live off of this. There are days when I think about how I’m paying for rent and food. I can’t have kids with what I earn. To live a normal life, I’d have to give up music. That’s why I produce every day. My energy comes from making music that challenges myself and being able to earn money with it”. To Hugo — or Torga, as I’m still calling him, maybe because I’m comparing him to the humanist poet whose pseudonym is extracted from the shrub-like plant that survives only in parched soils (torga means heath) — he needs more than knowing he made the right decision by doing what he loves; he knows that courage it takes is noble, but that doesn’t pay bills. As the poet’s humanism, Hugo seizes the heath’s roots. But the career, as short as his age yet extensive for his years doing this, has proven that the best is yet to come. 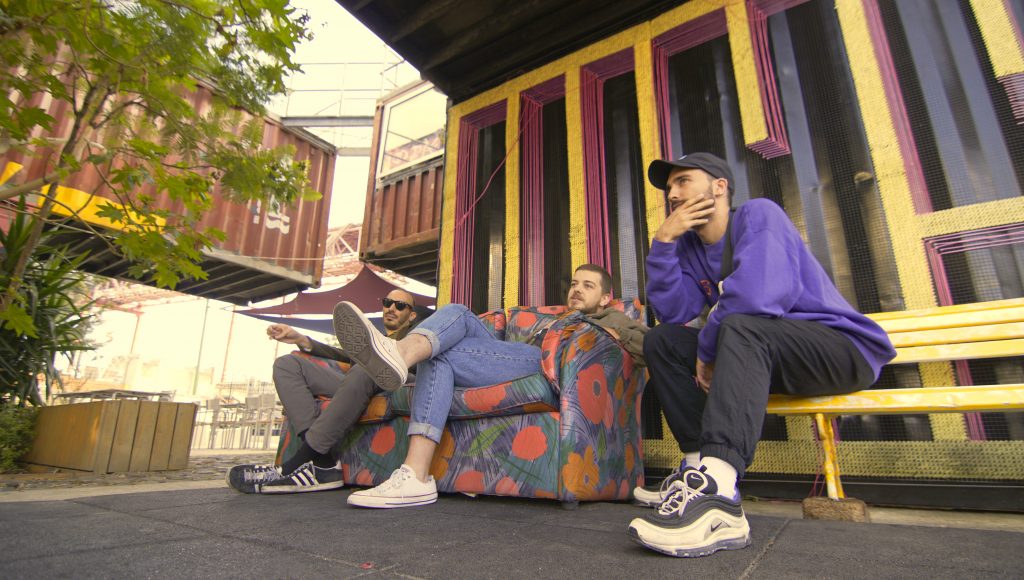 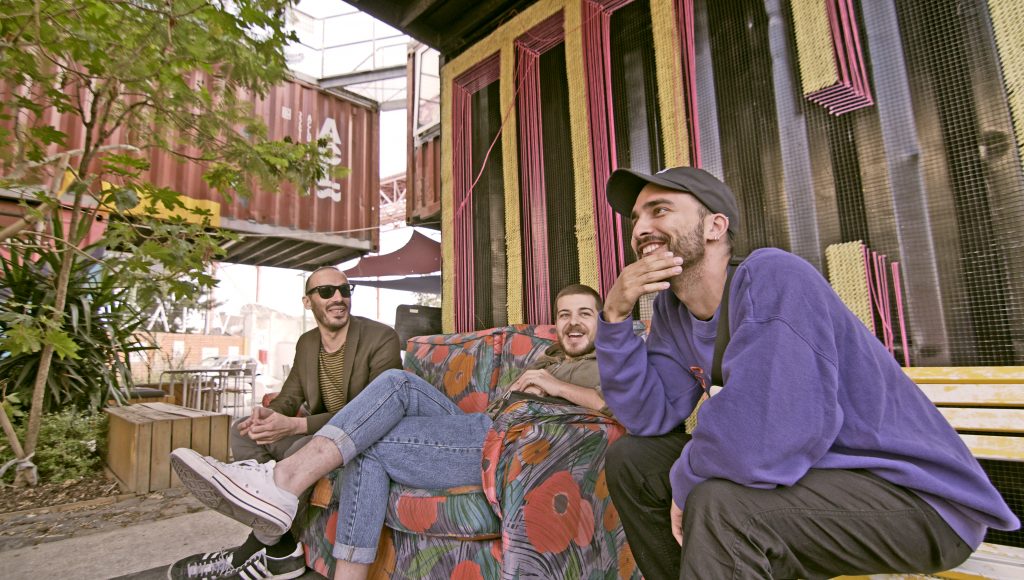 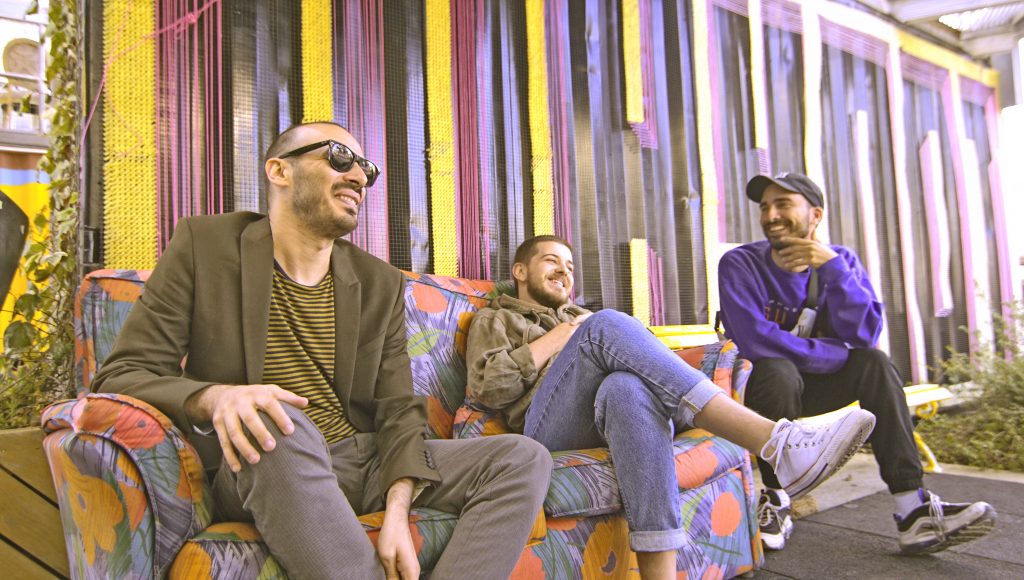 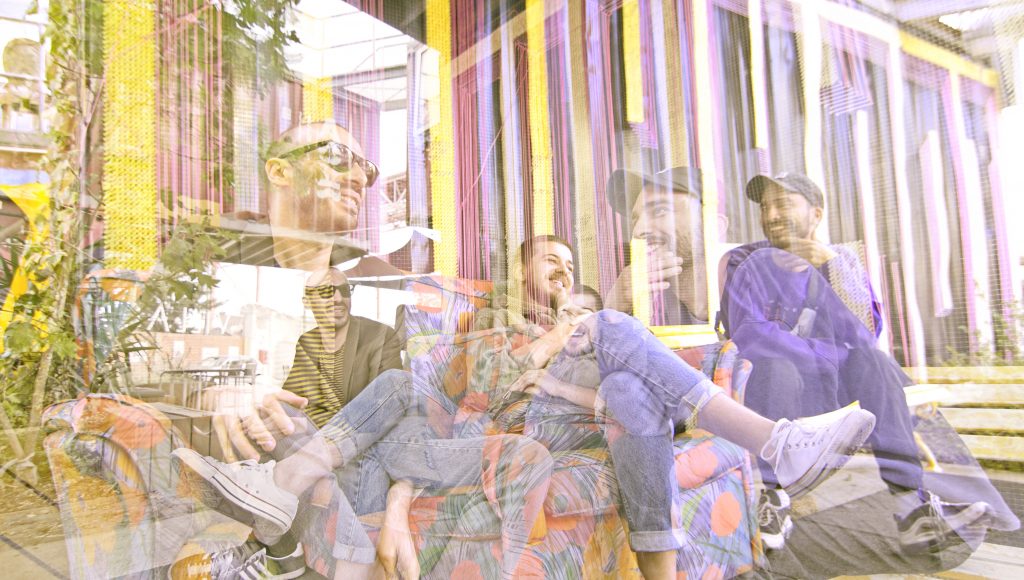 Two or three “generations” fighting for a place in the tiny space reserved to those who can live off of music, whether it’s behind the decks, the synthesisers or a record release. They create, produce, edit, release and showcase music. And after that they tell the story, like Diogo’s ‘PISTA’, a magazine dedicated to the dance music culture in Portugal, with testimonials that go from the foundations of the Portuguese clubbing scene until today. The first edition was naturally devoted to the 90s, a time they didn’t experienced on the dance floor, but that, in a way, they followed through with the aesthetics, from the graphics to the genre, be it acid, house or techno. The 90s were “a time when you didn’t have access to music like today”, which gave them, as it did to an entire generation, the chance to be true music diggers, archaeologists, cataloguers, hosts and producers like few others could’ve been in the past.

But one couldn’t look back without looking ahead, too. I asked them where they see themselves in 10 years, if after all music will stay in their lives. They say they will always be connected to it, but aware that DJing or music production might take a back seat. However, they’ve already made a number of decisions and the focus is in achieving them, trying to put all those entrepreneur buzzwords into practice, where everything comes true if you work hard enough. And they’ve surely been working for years, shaking things up in different realms, crossing music with other areas, and trying to create something new, in a career that’s also open to new possibilities, only if it’s within music. And if Diogo, João, Gonçalo and Sebastião (or Diogo, Conhecido João, Terzi and Lieben) are already part of the story PISTA will tell, in 10 years there will be only 10 more years to do it. Like stalks in the verge of blooming, extensions of seeds that have already set up roots a long time ago, these “kids” are already sure things.

But even if Hugo and Diogo, because they’ve got “past lives”, as they say, realise there’s not that much time to live on the edge, this is not a lame story about the hardships of a class. On the contrary, it’s of celebration of who — and really who — wakes up every single day to do what he loves, even if that means growing in scorched soils. And that’s not for everyone.

And I wouldn’t finish this better than João did: “I think in 10 years we’ll keep on doing this for love, like in the beginning. No one’s expecting more without doing what we believe in. Put out the music we love. Playing it and see everybody dancing. And knowing precisely that’s what we want to do”.

Because they know that the story is being written right now* and the way extends onward.

*and now, today, there’s another Village Happy Hours curated by Discos Extendes, “Discos Westendes” with Turista (live) and DJ sets by Conhecido João and Diogo. The party’s happening from 6 PM to 11 PM with free entrance and up to 8 PM with two beers for the price of one.