Intera, or the genderless art

Intera wrote a manifesto, as it doesn’t want to be just another label or party throwers. It doesn’t hold the usual ten intentions, but six, somewhat anticipating their non-formatting layout or normativity, be it gender, racial, social or musical — or everything that discriminates some against the others. It’s not female, it’s neutral — it stems from an idea of community and not towards a gender, whether it’s musical or sexual. But it was created by three women, Carolina/Caroline (Mimoso/Lethô), Telma (Correia) and Mariana (BLEID), in a world where men are still the dominating party. In times where women empowerment in society and music is on everyone’s mind, I chatted with Carolina and Telma, curators of the next Village Happy Hours*, and we talked about their careers and purposes, about Intera and the role of the underground scene in Lisbon as far as the proliferation of editorial projects goes. 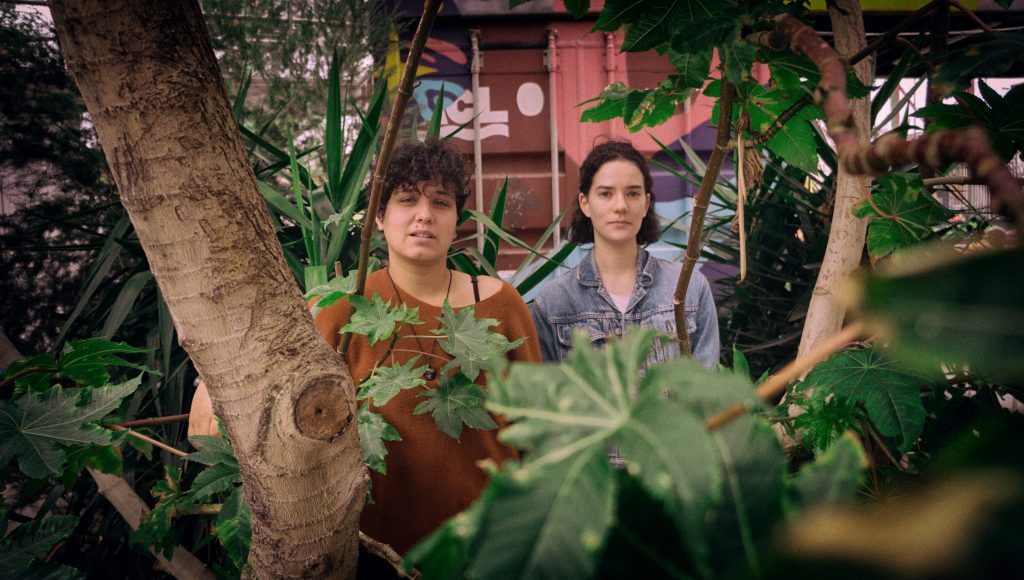 Without any trouble assuming short careers made up of chance occurrences (though meteoric in terms of projection and recognition), Carolina and Telma are the personification of humility that many tend to see fade when they get their game going. They answer with such calm and positiveness to dividing subjects, like the role of women in music or the more restrict artistic circles. And in spite of their unique, matchless personalities that spread further onto the dancefloor, I lost count of the times they completed each other’s sentences, which made me decide to quote them as a collective — in fact, as collective as Intera wants to be.

But before the dreams, or where they want to go, let’s see where they come from: Carolina grew up in Faro, Algarve, and since an early age she got mixed up in the music universe thanks to her saxophone-playing father, and later the bass and drums she learned at the conservatory. When she started going out at 16, electro, maximal and drum ‘n’ bass were playing at “every alternative music spot like Nordik”. By the time she turned 18 she was already planning parties, and just so happens that in one of those she had to replace the DJ and ended up spinning records by mere accident. But it was only when she started composing that Lethô was awakened in Carolina, when she dropped from a marketing course to embrace a musical production one at ETIC, in Lisbon. She started sharing videos playing with synths online and Diogo (Marie Dior) invited her to release something through AVNL Records. Not long after, she was playing at Desterro, and meanwhile Rádio Quântica and Labareda were born from the minds of Violet and Sonja, who gave them the chance to keep on showcasing stuff, from music production to curatorship. And DJ Caroline Lethô’s début happened — mind you — at one of the most celebrated clubs in the country: “Lux. 31 March 2019”, recalls Carol. The date is engraved in her mind, as she still keeps the abovementioned humility that makes her instantly bowed down to gratitude, even after all the artistic validations that came after. The things is, the best was yet to come, and it represented a dream coming true that was nurtured since the time she was at ETIC with Rui Miguel Abreu, her teacher. She tried to get in the Red Bull Music Academy (RBMA) for three years to no avail, until in 2018 she got selected to join some of the world’s most promising electronic music producers in Berlin, on RBMA’s 20th anniversary and last edition: “It opened a lot of doors for me, but what matters here is to be yourself. Sure, there are moments when you doubt yourself, but you’ve got to keep your own way of expressing in your head”. And after the recognition that brought her international tour dates, Carolina’s dream now stands on “living in the countryside and plan parties, raves, festivals. Not too big, but that manages to gather a community of people I believe in”.

Both see their lives connected to music and DJing, but Telma’s future “maybe leans more on doing other things within the field, be it programming, producing or writing…”. She also came to Lisbon in search of something, probably her own way and sense of community. Born in the outskirts of Leiria, she has always been interested in music, which led her to study journalism so she could write about culture, artists, concerts and festivals, ending up doing it for Ruído Sonoro and Arte Factos “about sounds that would go from rock to electronic”. From there to stepping in behind the decks was all a question of motivation and opportunities: “Sar taught me how to use the computer and I was playing at Feira das Almas, and then Underdogs invited me, too… I started getting hooked on records, so I went on a lonesome trip to the capitals of electronic music: Berlin, Amsterdam, Paris”. And chatting the nights away with her friends Nélio Pedrosa and Miguel Ramos at the new Desterro, they came up with RUST, a series of events that made her what she is in Lisbon’s underground scene. From then on, she never left the DJ booth — a career she tries to balance with the managing work she does for Peggy Gou (yes, that one) and at a Portuguese tile store —, recalling her début on Lux’s lower floor at a Superb party as one of the highest points of her career, with a set that really deserved the applauses of the ones present. 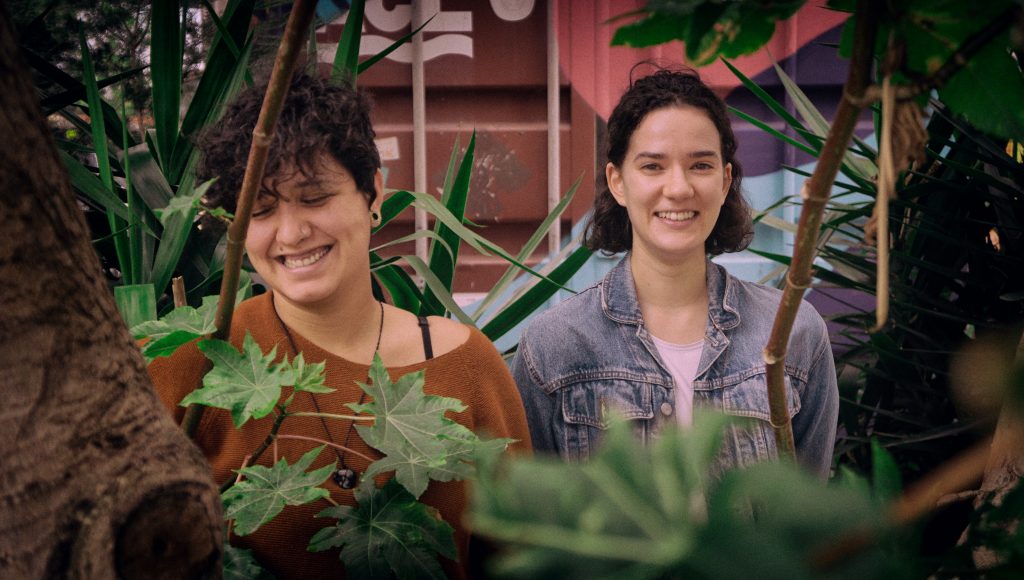 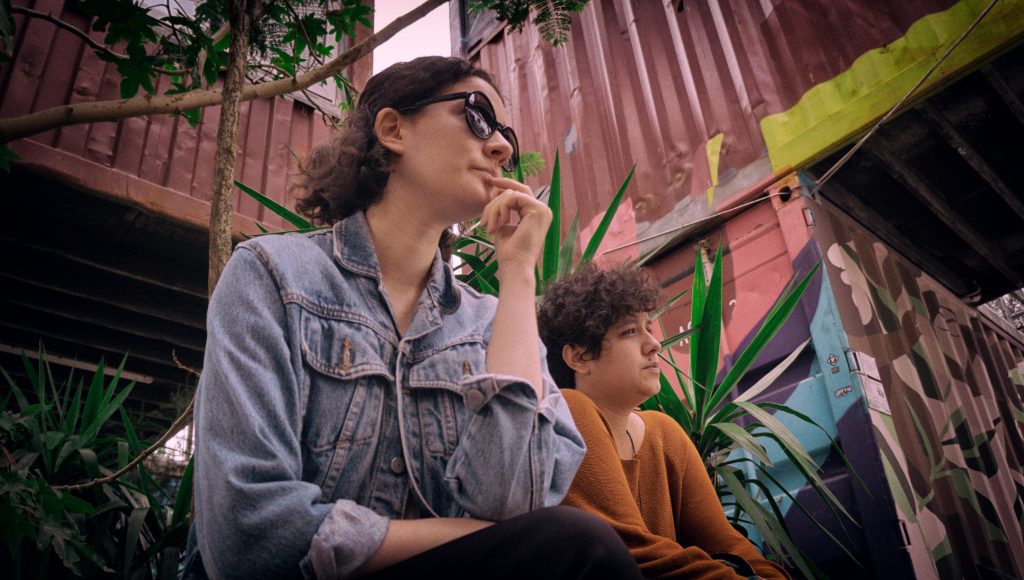 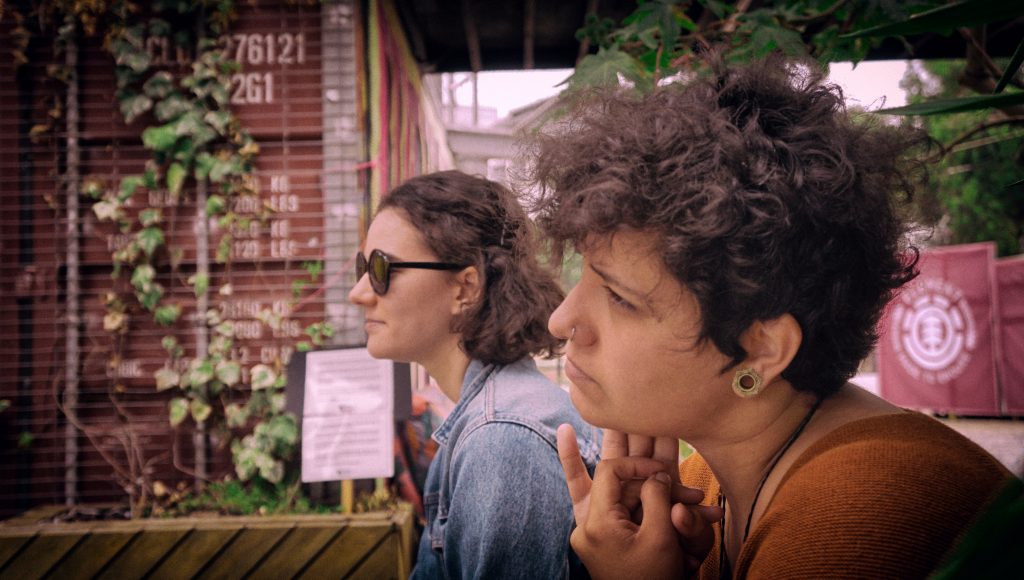 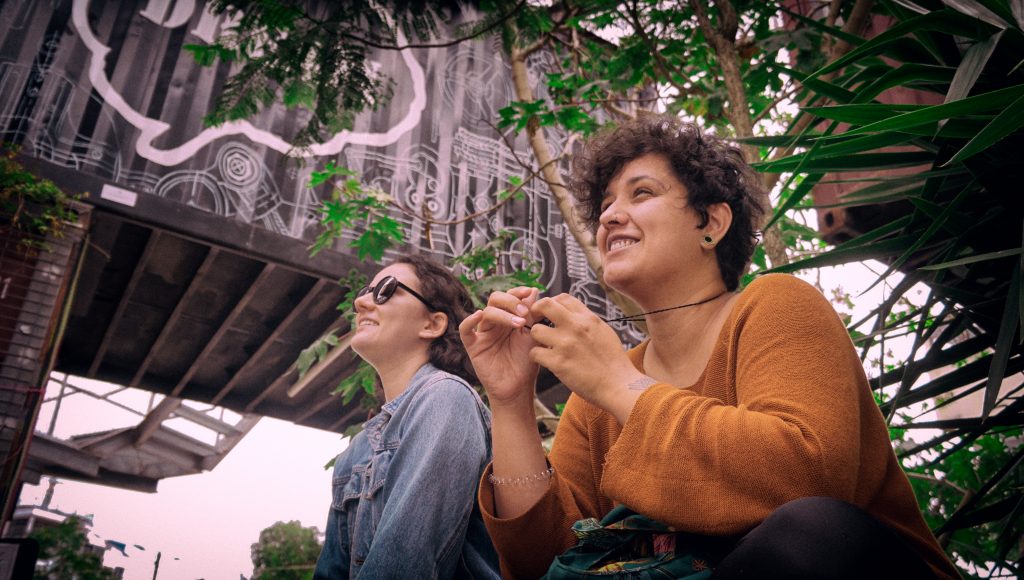 And if, from Desterro to Lux and RBMA to Quântica, opportunities came on knocking for Carolina and Telma, they too wanted to create a platform to motivate other aspiring artists: “Intera emerged from the frustration of seeing the same names and the same things happening all the time, so we wanted to create space for new things. A network of communication and mutual help between us and the people that are starting their projects. A community”. And they feel that, in spite of the proliferation of labels, producers and promoters, “the many collectives are not crossing paths or collaborating”. But these DIY organisations, motivated by artistic creation, have spawned bolder movements and curatorship, which allow for minorities — from LGBTQI+ communities to women — to express themselves in a way that clubs with commercial purposes with unlikely promote or allow.

Sitting around a table outside at Village, it would be hard to let the subject of the woman’s role in music or DJing: the thing is, in that same place, in 2016, OFF September happened, an event with an entirely female line-up, programmed and produced by our own Mariana Duarte Silva (VULX co-founder), Sónia Câmara (Sonja) and Inês Coutinho (Violet). And that also stirs up into conversation the question if that concern in programming with more balanced rations between genders make sense: “There’s no harm in having the party calling artists that are men, but if there’s a lack of research by programmers for other things, the majority of people will always choose what they already know”. And the world of arts and music holds an historic role as far as more equalitarian ideas are concerned.

But Caroline Lethô and Telma don’t seem to worry much with the moral(ist) aspect of it, especially because that’s not what they represent. “We are biologically different, but we’re all the same”, and the artistic and musical sensibilities have nothing to do with gender. Being a woman doesn’t define them as DJs or the way they are in music. “Yes, women are very compassionate. It’s a strong energy, as we’re still a minority around here. Magical things happen when women support each other”. Telma and Caroline will stay as they always were — whether it’s at an illegal rave or a sunset party, producing or playing, in the office or on the dancefloor —, not as women-artists but as artists, doing what they love and not what society asked them to be, through a genderless art. 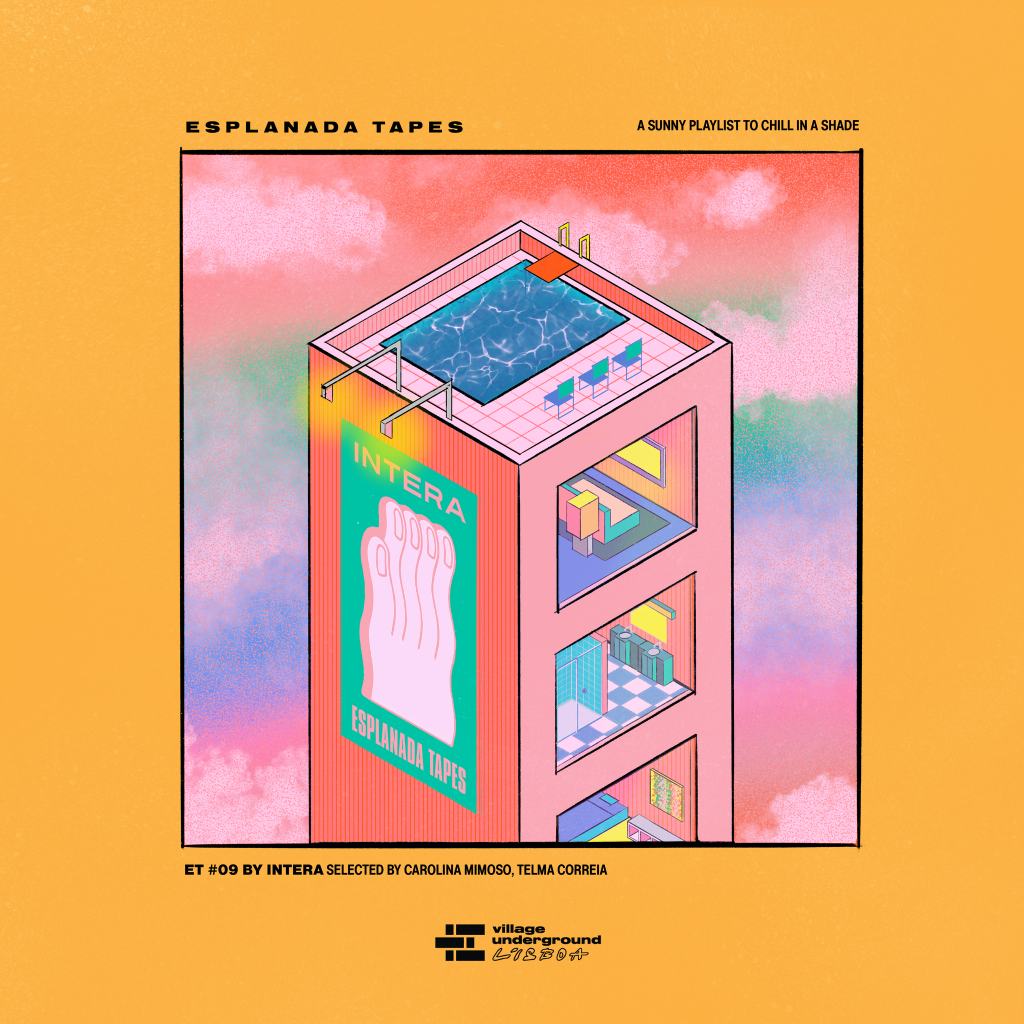 Click here to listen to the Esplanada Tapes 09 by Intera, selected by Carolina Mimoso and Telma Correia. Artwork by Georges-André.