There’s a cultural fungus contaminating Lisbon for over a decade

Fungi can be found in just about any habitat you can think of, therefore being the perfect metaphor for a project growing with and for its “hosts”. Fungo’s an association — or an artistic collective or a label or a producer for audiovisual shows or simply a platform for cultural sharing — composed of people who want to create, and who solely depend on it. A group that represents the paradigm of the artist who doesn’t pay the bills with art, but rather relies on creative endeavors to keep on living. And Fungo lives as such: no commercial pretensions but cultural intentions — where artistic creation is in its purest, utterly free state. But as a collective, as art is indeed greater than the artist(s). 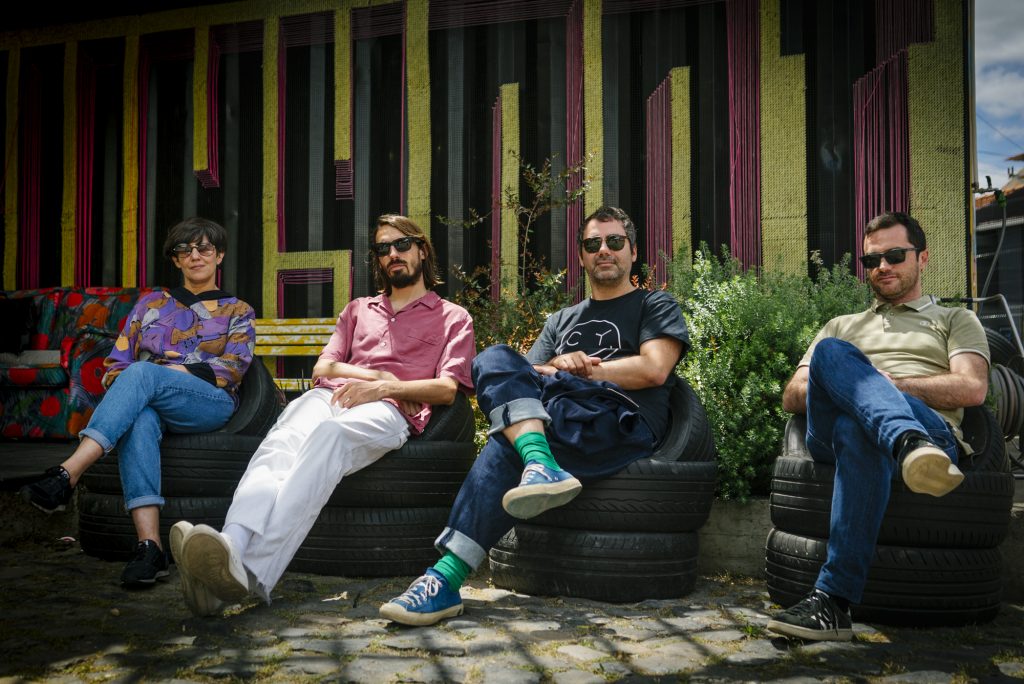 Fungo didn’t emerge with that purpose, it just came to be thanks to a bunch of casual happenings in Cartaxo circa 2000 — which is almost 20 years of cultural hustle, really. Marco Guerra (cultural producer and label manager — Citizen:kane, ROSE:BUD, Orson & Welles as producer/DJ), Nuno Patrício (designer and promoter — Just Jaeckin, Orson & Welles as DJ) and Ricardo Quaresma Vieira (photographer — Lumiere Advanced as visual artist) laid the foundations for what later, in 2011, would become the cultural association. Then would come Sónia Câmara (designer and part of the label Labareda — Sonja as DJ), Lígia Resende (director), Lucília Raimundo (actress and dancer), Sofia Mestre (film & advertising colorist — Clothilde as music producer), Nicolai Sarbib (designer and cultural promoter — CVLT as DJ), Lucas Gutierrez (visual artist living in Berlin), José Diogo (Hobo & The Birds as producer) and Caroline Vezian (design and illustration). And many were the partnerships, collaborations and releases with artists — so, so many that I might as well list them below**.

I chatted with Marco, Nuno, Nicolai and Sofia before Village Happy Hours* curated by them. Four members with such divergent work schedules, it was almost an unlikely achievement nowadays to get them all together in one place for this, which says a lot about what we can expect from Fungo. A group of people in which everyone take up with responsibility and pride the idea of what they represent. A kind of pride, I might add, they don’t see as commercial success — more than a full house, a fulfilled soul, the ultimate joy for pure creation and active participation in the cultural scene. You can clearly see this when we’re chatting, the way their eyes shine when talking about their artistic path and the enthusiasm that’s so clear-cut on the stories about what they’ve been doing.

Stories of creative processes, like the couple José and Sofia, or Hobo & The Birds and Clothilde, where he builds the machines and she produces sound with them, the perfect example of the art/life relationship of the collective. Stories that range from organizing illegal raves in the middle of the river, in Valada (“where you could only get into the party when it was high tide and leave on low tide”, as Marco recalls) to when they won a DGArtes contest and produced “Regressar Leva Sempre Muito Tempo”, a play based on Samuel Beckett’s ‘The Unnamable’, for which everyone contributed in some way. The members of the collective move about in different areas and look for others where they can express themselves or find new collaborations. This happens when they invite visual artists to show their take on the covers of the label’s releases with complete freedom to create: “There are no limits. Carla Filipe, for example, typed on one hundred different cassette tapes, creating unique pieces”. And it’s with the same amount of enthusiasm they search for and discover new hidden treasures (like Kinbotte, who they met recently on SoundCloud) and showcase them on their events, the ‘Locomotivas’. Fungo’s just the way it is, the fusion of creative and artistic métiers that give way to something greater than the artist — it’s the art in itself, the outcome of many passions intertwined in collaborations. 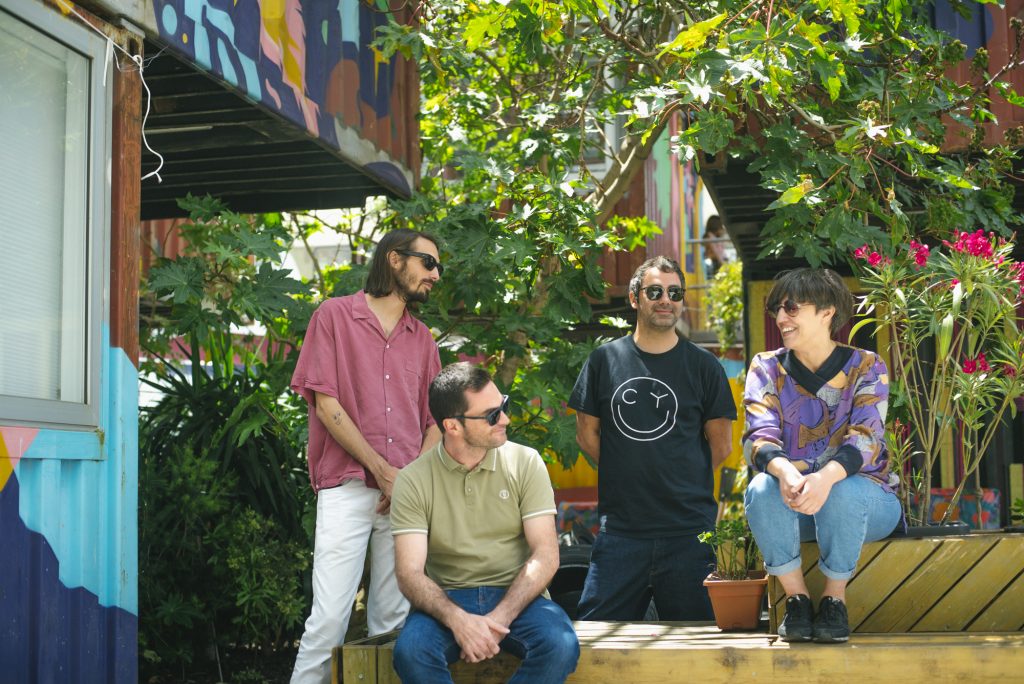 “Everyone has a background shared by a certain cultural, aesthetic and artistic momentum, where art and music live together, but it’s mostly a transdisciplinary group”, Nicolai sums up, followed by affirmative nods from the rest of the team. In fact, “transdisciplinary” was probably the word that was uttered the most during our chat, as well as “freedom”. Freedom to do whatever they want, yet always respecting each one’s artistic universes: “Things happen organically, without any big planning, we let it flow”, Nuno adds. There’s honesty in all of them. Fungo, as they say, is nothing but “contamination”, a collective ravished by restlessness that can only be soothed by what drives them — and “what drives us is artistic production”, Sofia concludes.

More than a handful of old friends, which eases up complicities, this is a fungus that spreads out to new ones that come in as a result of artistic contacts, around a table set with music and art where one creates and speaks about creation. This is how I started to figure out Fungo and its players on all of those times when I was privileged enough to hang out with members of this collective, like the celebration of the label’s three-year anniversary with live acts and an exhibition in a private apartment: the walls in the hall had illustrations displayed; the bathroom had the tapes laid out; in the living room, a bunch of wires and machines set up for the live acts; and in the kitchen was of course beer, wine and conversations about music, art and culture. And in my spirit, first and foremost, I felt this need to be a part of it, by pure infection alone.

Fungo is just that, a contagious conversation that stems from the honest proposals of a collective fascinated by art and DIY ethics, composed by that kind of exciting people we love to invite over, those who join us in artistic thoughts we need to share, those who tell us stories turned into art with the same enthusiasm as those who create them. Fungi really taint everything and with them we feel at home — if our home is a genuine taste for sharing, and if our life gets mixed up with art.