From all the words that cut through our chests, only Wasted Rita’s can save us

Persistent focus on the visual cunning, tough and sharp observations, disdain. It doesn’t matter what name we give it, because Wasted Rita’s work speaks for itself and doesn’t take any hostages. If what we’re in need of is well-intentioned instigations, let’s take to her to let the ink flow and the punk within us be redeemed. 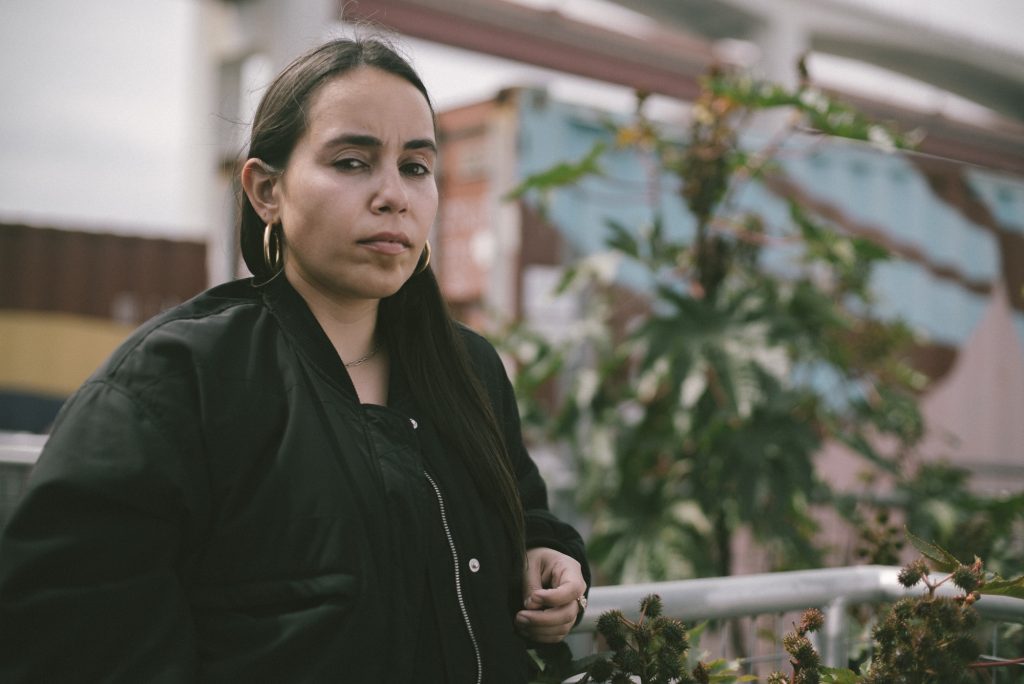 Rita Gomes was born in Porto 31 years ago and up until about seven years she has lived in Aguas Santas, a parish in Maia, north of Porto, which was enough to create plenty reasons to stay secluded in her art and pour the built-up frustration all over from “living in a small town where nothing happens”.

After college, where she studied Graphic Design — though she never really took it on the road — this identity emerged as an escape, the most foolproof tactic she found to “flush all this frustration out and use my voice in a way that would help me tolerate my existence… Back then, I wasn’t as dramatic as today”. Allow me to go round the drama to emphasize sarcasm, provocation, the rawness in her words, sometimes supported by drawings and vice-versa, that cut through our chests and make us smile in a kind of way that shows that we know honesty is one of her strongest suits, as if this weren’t already the best reason to laugh. 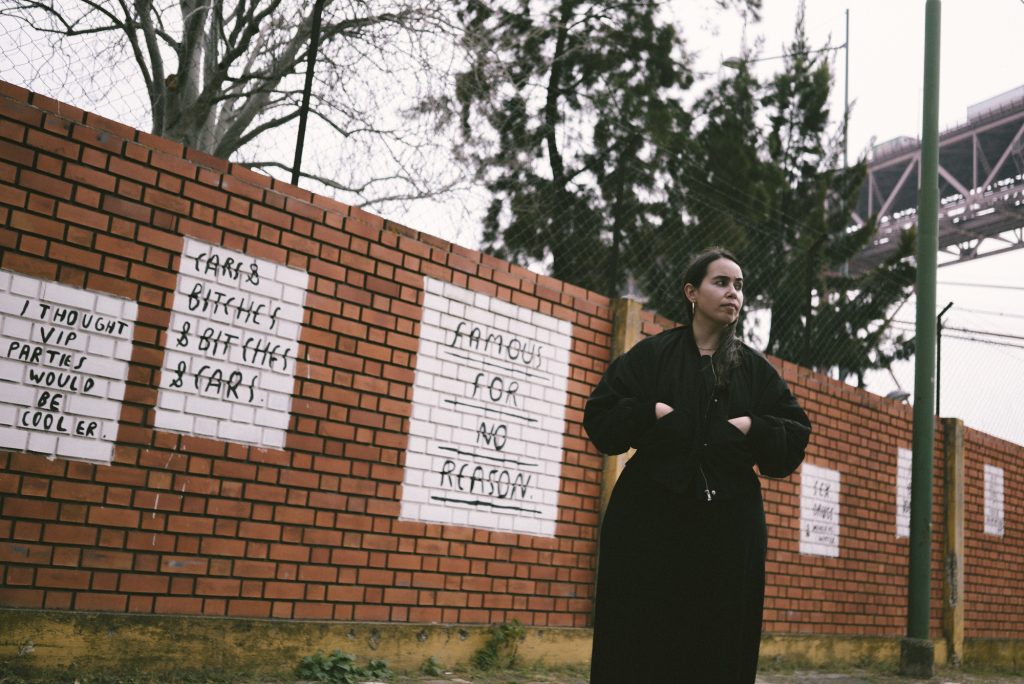 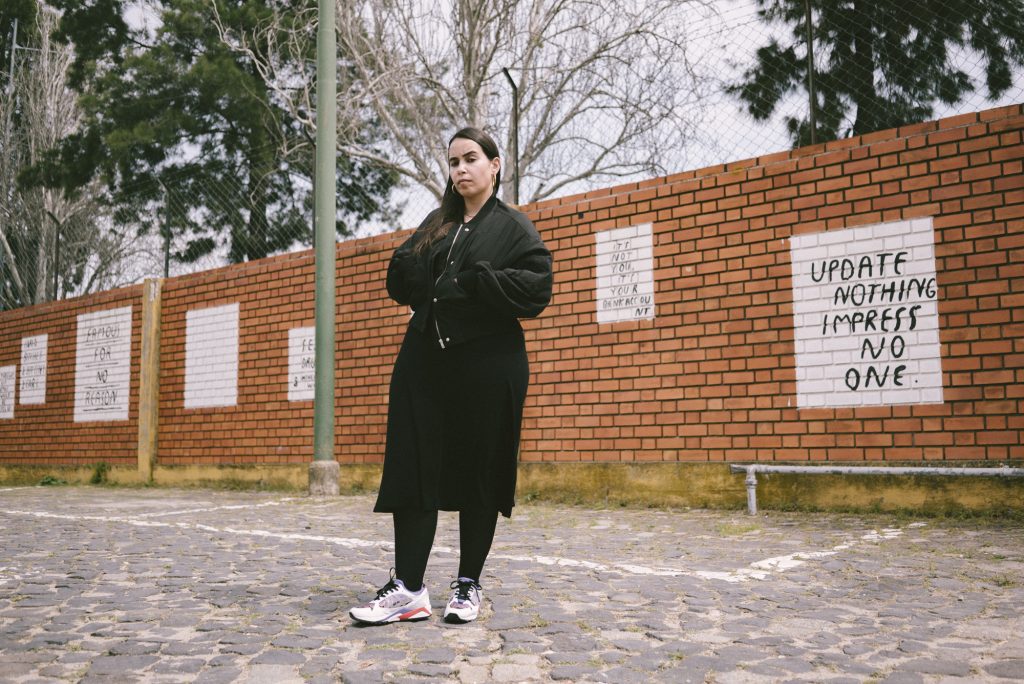 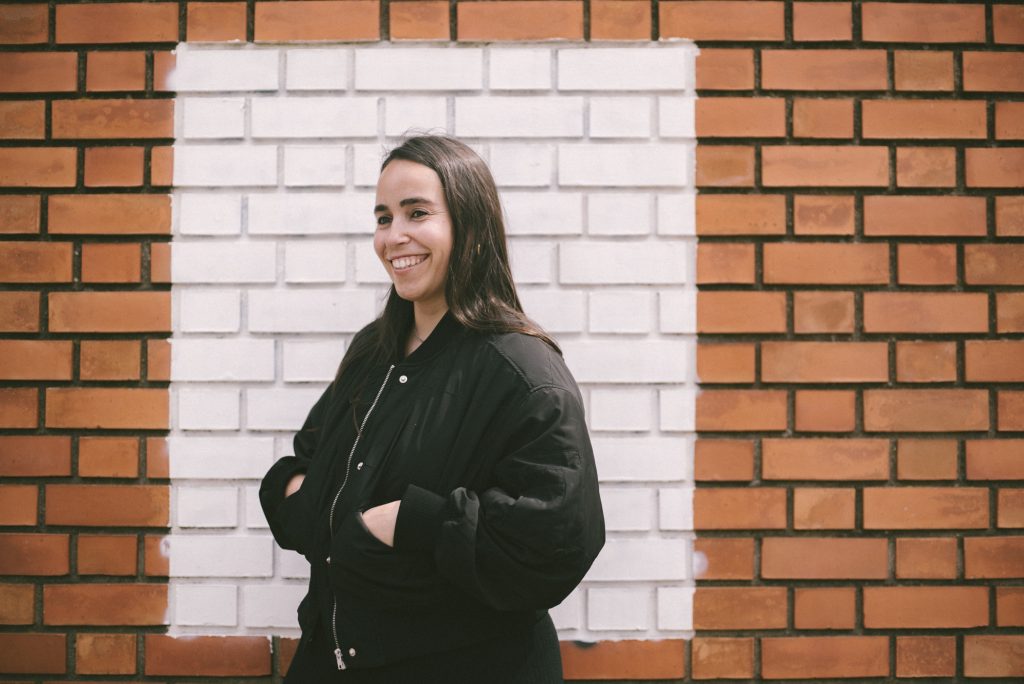 2015 was the turning point, the unexpected catapult that shot her to an explosive success which involved a solo exhibition at Underdogs, ‘Human Beings – God’s Only Mistake’, an invitation from Banksy — that’s right — to display three of her pieces at the ephemeral Dismaland and, last but not least, The Famous Fest gig, which brought her to the village to take up one of the walls with her caustic quotes, ironically painted on in black inside white squares. “I got here not knowing exactly what I was going to do, but my work has always lived off from that, not knowing exactly what to expect or what problems I might come across with and have to solve them as I go. It always end up being something that doesn’t make me nervous, it’s something I accept and that’s part of the result. It may sound easy, but it’s not that easy to be with my eyes wide open to welcoming mistakes and being able to accept that with a clear conscious”.

If there’s visually something about Wasted Rita that takes us to a punk world, half harsh, half bitter, of someone who observes more than she talks and appreciates a state of solitude, to me the secret lies in the intelligence of the words, the nearly poetic articulation of a level-headed yet impulsive insult. Perhaps that’s why her line of work goes so well together with Village, with its almost naked wall, like a scream that doesn’t bother, but itches and makes your head turn. “I’m always a little bit worried that what I write can be slightly aggressive or if I’m going to offend or hurt a minority, but I had total freedom with this wall”, she says.

What matters here is that the dark vision doesn’t comes down to only that: there’s a facetious side of pure fun that Wasted Rita tries to convey in-between false hopes and knives to the heart. From a thought, two or three more come along. A sentence is built, a calling, an eye-opener. Truth hurts, doesn’t it?