AVNL, or how to expect the unexpected

AVNL Records is one of the most prolific Portuguese labels with nearly one hundred releases during their 10 years of existence, though the label itself is the only thing these seem to have in common. It appears it draws inspiration from an assortment of references lost and found on the Internet, which style is yet to be defined, be it musically or visually — and as exciting as that thought. From it we got the first forays of artists who would later become well-known, such as Conan Osiris, Caroline Lethô, José Acid, Mind Safari, Ghost Wavvves, APOCA-LIPS, MMMOOONNNOOO, among many others. I spoke with Manuel Robim (a.k.a. DJ Raúl) and Zé Rito (or Fátima Dinis) about what we can expect from their 10-year party at Village Happy Hours — and neither me nor them knows exactly what’s going to happen. 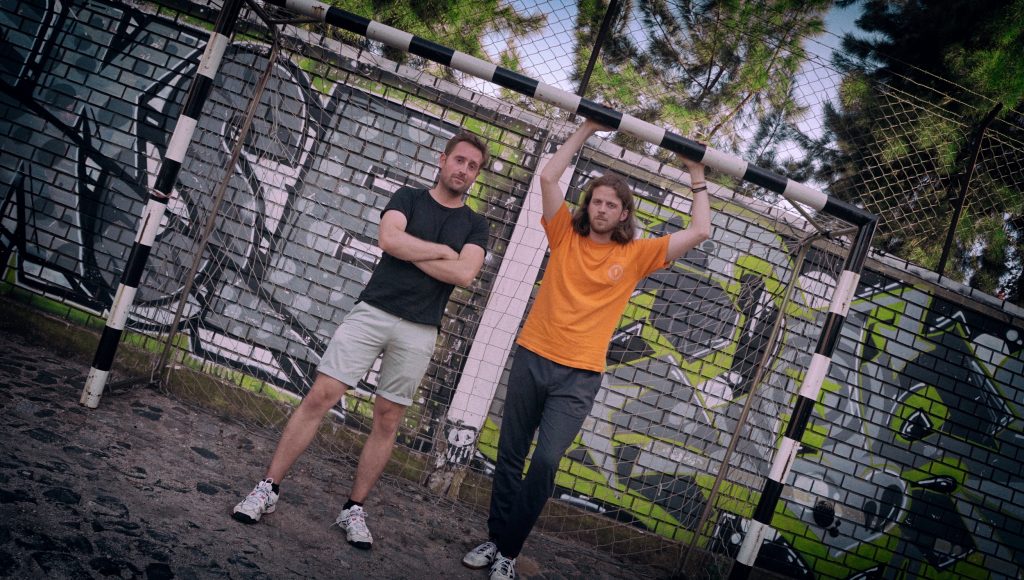 AVNL is the abbreviated form of Avenal, an area in Caldas da Rainha where Manuel Robim, Diogo Correia and Tiago Rodrigues met when they were studying at ESAD around 2009, on a project that came about from car ride conversations through mysterious roads between Óbidos and Caldas listening to contemporary music on Antena 2. Contemporary music is perhaps a vague definition, though possible, so we can gather Old Manual (Manuel), Marie Dior (Diogo), RAP/RAP/RAP (Tiago) in just one word, together with all the other alter egos they’ve used or the projects they invited to produce. To Manuel, AVNL “is a collection of songs we wanted to show people. First came Basecamp, almost like a private collection, and then we decided to add things from other people, without ever defining it as a label. We weren’t tied up by genre: we released what we liked, or thought was unexpected”.

In fact, that seeming nonchalance by coherence gather so much interest that one of the most celebrated international music magazines, Fader, came to Portugal to do a story on AVNL and Golden Mist: “Portugal’s new music underground is an almost accidental mix of global forces and local connections. Although might be a series of individuals connected through convenience or coincidence, the impact they have had on each other — achieving that special mixture of darkness, kitsch, gravity, surrealism and technology — is nothing less than something singular, something to be nurtured”.

Vítor Belanciano also tried to define it on one of his features for Público: “they all make stimulating, unpredictable, ill-defined music. Yes, the common electronic element is there and the inhalation of influences from the Internet chaos (from videogames to the intricate world of communication), but not much more. One might say if there’s something pulling them together is that neither of them carries out established languages, as if their sustenance were shards of techno, hip hop or ambient”.

But why should we define something when AVNL stems from the Internet, which clumps everything together onto itself, and where everything can be recovered and remixed? AVNL may be a compendium of sounds, but also aesthetics, where the Germes Gang collective, which Tiago’s a part of, has great influence. Some kind of aesthetic movement of post-Internet art, or “Internet aware”, which reflects its effect on society and culture, and where the means of communication of the content, or the issues it raises, can be as relevant as it is.

And if Manuel says he was a “very confused teenager” who only “played ball and PlayStation”, it is also true that that may have been more valuable later, with a bigger musical conscience, but also during that age where complexes “already hit the curb”, as Zé Rito says: “I grew up with black music and spent a stage in my life when I only listened to ambient and noise. Now I’m into things like EDM, for example, which to me were despicable when they were happening, but that now seem more salvageable. I feel freer in the sense that I can appreciate things that are absolutely trivial, not only in music, but also in people outside the art circuits I was more used to”.

But who’s Fátima Dinis (or Zé Rito)? He/she says that is both and many others, where Fátima Dinis is his parents’ first names put together, which he uses when directing and editing in cinema, advertising and music videos. “Then I started using it in everything, because sometimes I’m faced with gender and sexuality issues, and even though I’m kind of clueless about what’s happening with non-binary genders, I feel like a hybrid and I love playing with that”. Whether in life or in music, Zé or Fátima (or DJ Snaita, as he called himself when he played music “balancing between good taste and trash” at Bacalhoeiro or Casa Independente) is looking for the unpredicted: I want to mix things that are unconventional. It’s not just being the exception to the rule, as I love what’s playing in Lisbon’s nightlife, but sometimes I’m in Lux and I think that what would be great at that moment would be some Rammstein. And I’d love for that to happen”. 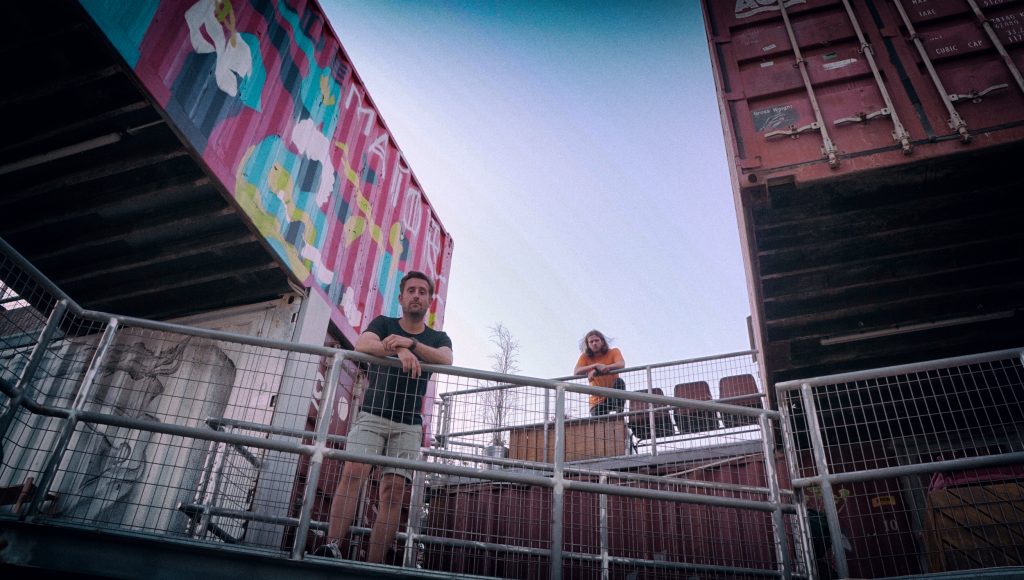 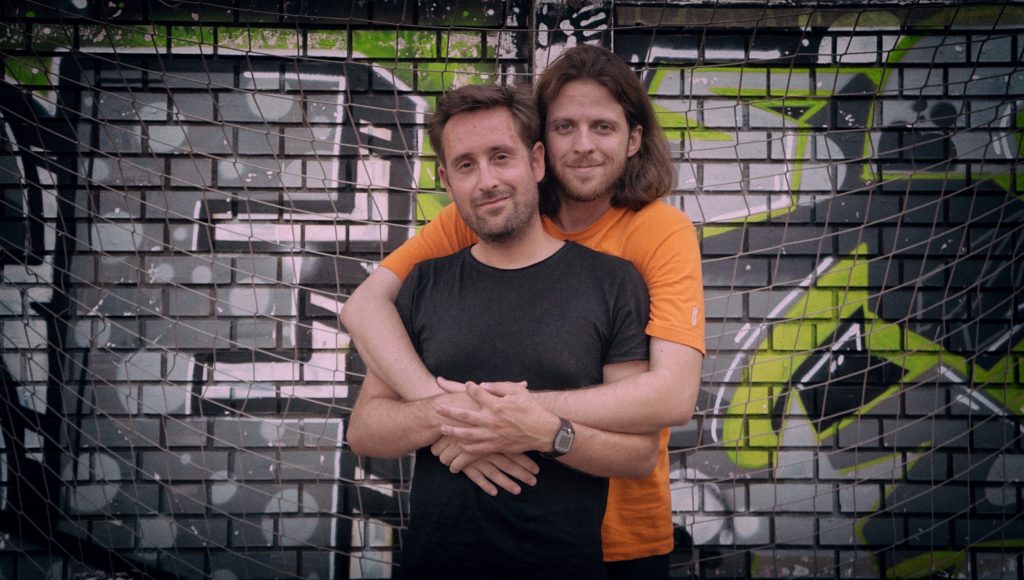 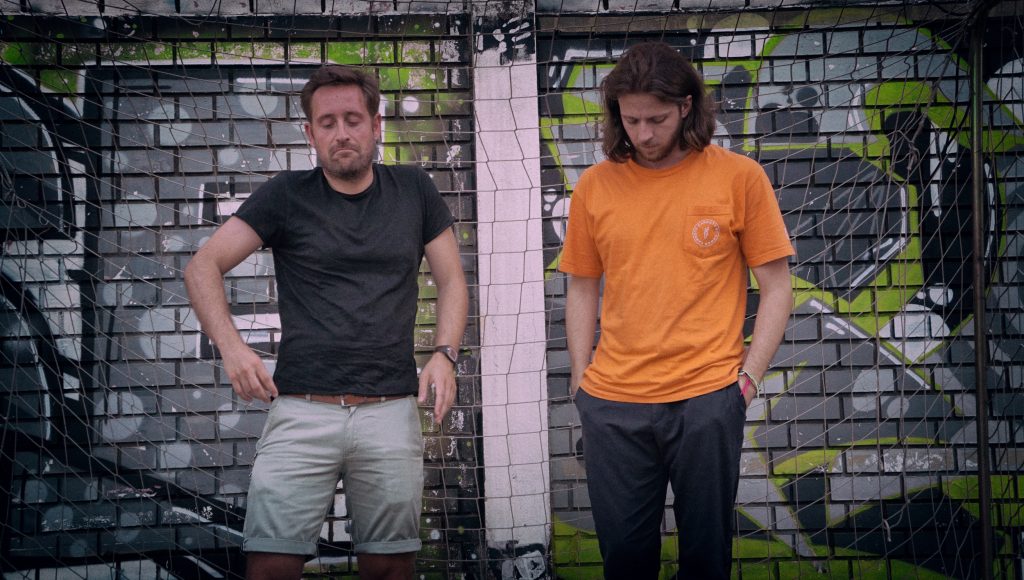 And what brings Fátima Dinis and DJ Raúl together is that outward schizophrenia leaning on being both worshippers of new sounds or aesthetic movements and recyclers of things that were rejected by the so-called alternative circuits: “It makes me sad when I see younger generations getting into a movement and not having that kind of energy typical of kids wanting to tear something apart”. Something that Manuel reasserts, as he “likes to see the reaction in people when something that wasn’t supposed to happen, happens. And I see that attitude as being punk”.

But, after all, what can we expect from AVNL’s 10 years at Village Happy Hours? In addition to an exhibition of books from Germes Gang (by Tiago Rodrigues, Ricardo Passaporte and Eduardo Antunes) and a possible auction of art pieces from an exhibition they did at Stolen Books, no one knows. During the interview, they shot a “tell us what you think about this: everyone hour, we play a horn and get a bag or a jug of wine and pour it to anyone who wants it, communally, until it’s finished”.

The only thing we do know is that this will be the party of a label that took up the Internet as means and message, with releases that go hand in hand with its visual lines, with graphic aesthetics that are as valuable as their sound compositions, with releases that could be memes, or memes that could be songs. Tiny ephemeral movements ready to be scavenged by whoever feels like creating a new one. The same Internet where Zé Rito spent his days and what allowed him to come across AVNL: “I found a RAP/RAP/RAP video with about 100 views, and I never heard anything like it. I spent a year devouring Tiago’s music without knowing he was Portuguese. I thought it was very ahead of its time and I’ve only seen something similar years later, when vaporwave appeared”. And from “groupie”, as he calls himself, he became an active member of a community sharing common interests, organizing private parties at his home with the guys from AVNL, Cafetra, Golden Mist, Monster Jinx, among others, ending up endorsing Conan Osiris’ first gig on an AVNL afternoon quite identical to what’s about to go down at Village Underground: that is, among friends and “where artists merge with the crowd”.

And that’s exactly how — among friends/artist-friends — that AVNL’s 10 years will be celebrated, with a party as unpredictable as the path the label and its artists have outlined. The only thing they told us is that those friends are going to be there, and they could damn well get up to booth at any given moment, and that there’s well-kept surprises. The unexpected. And if one could possible talk about AVNL without mentioning the Conan Osiris phenomenon, he’s definitely a good example of “I told you so” or the Pessoa-esque, roughly-translated cliché of “first it amazes you, then it gets into your veins”. Conan has got all the world’s dreams (or songs) inside him, too, artistic restlessness and motivations that come from many places — even the less obvious — and that have built a forefront made up of as much alternative culture as pop, ending up creating a hybrid, something new. “Something” unexpected, chaotic, eclectic, straightforward, without purism or shame, which, or so they tell me, more than the end of an era may well be the beginning of another. Like a portuguese popular artist says: “After all, there was another”. AVNL it’s something else, and even though I don’t know what’s going to happen, I would always go. 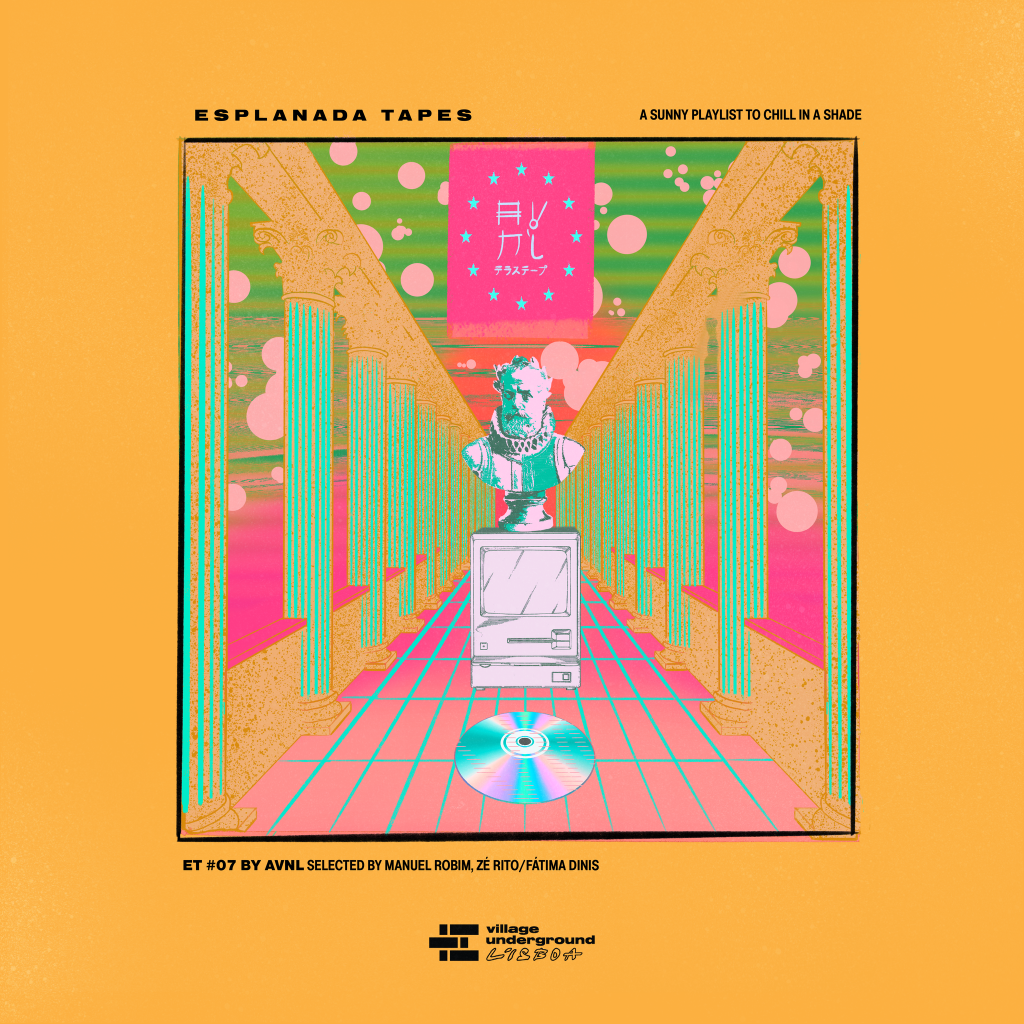 Click here to listen to the Esplanada Tapes 07 by AVNL, selected by Manuel Robim and Zé Rito. Artwork by Georges-André.