The celebration of diversity, here and now, in Portugal and abroad, is alive, strong and kicking, even for the more unwary. Branko knows it and uses this unfathomable badge to his own benefit, preaching the words he borrows from the countless urban poets he invites to share his beats everywhere.

Let’s talk about lasting, noble relationships, safe havens. That kind of relationships that start with the search for a temporary working space and evolve into a second home. Let’s talk about a magical village that welcomes (its) people with open arms, fiercely, and gives them the freedom to do everything. Branko, or João Barbosa, is a DJ and producer, and perhaps these names are not enough to amass his many sides, but that’s how he introduces himself. Success came in 2006 when he cofounded Buraka Som Sistema, with which he traveled the world and learned a lot.

With Buraka there was also Enchufada, the band’s “home base”, as he says, a label and booking agency. “I’ve always been divided into, on one hand, sitting inside the studio making music and, on the other, doing the normal office work and sending e-mails”. This seemingly innocuous duplicity carries a subliminal significance: one doesn’t survive without the other and opens enough space to let ideas flow with more honesty.

When Village opened its doors in Lisbon and Enchufada got one of the containers, a new, unique event came to be, called Global Village Live, which were basically live streams that every week would bring a different artist to share his/her music with the whole world. Inaugurating this was a special party with the release of Rastronaut’s EP — another member of Enchufada — and an afternoon with barbecue, beer and music, the holy trinity of every shindig. It’s important to Branko that the idea of “global electronic music”, as he thinks about it a platform of connection with the world. Village ended up being the ultimate place for him to explore the possibilities of a container in its many different ways, fueled by Mariana herself, an ever creative constant. “We’d open the window, switch the camera on and recorded the whole deal. Some of the streams are still online, you can watch them. This is a place that allows us to do that. It has the right feeling and the perfect scenario”, he says. 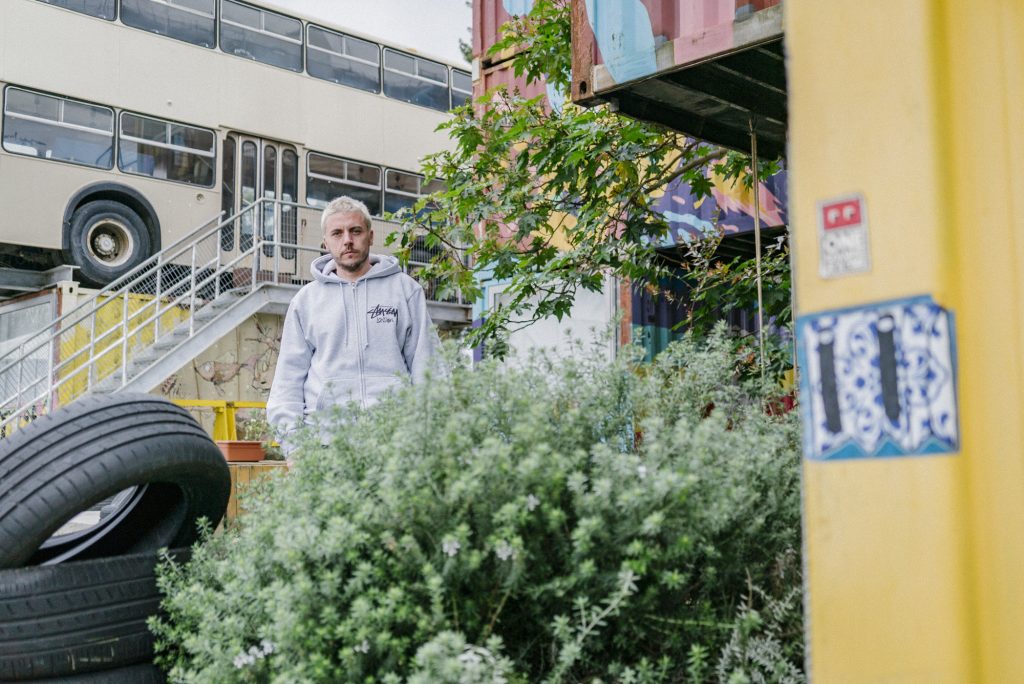 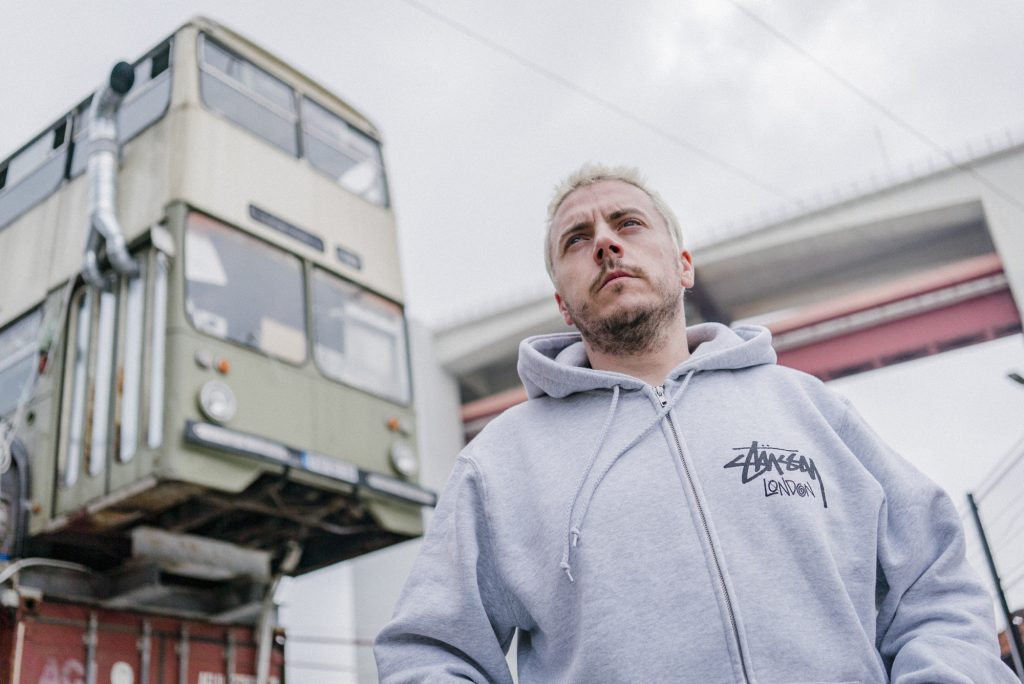 With a packed schedule, be it with the label or the new album, the second one signed as Branko, ‘Nosso’, he’s miraculously able to share his time between the studio in Campo de Ourique and the container, let alone his gigs spread around the four corners of the globe, where he still gathers admirers from the times he was touring with Buraka, always keeping his eyes peeled for opportunities and challenges that keep popping here and there.

“I think that this relationship is bound to last. It’s the kind of place you think of as the first option for lots of things. It’s an ever-growing space, from the opening of the big warehouse for concerts and other shows to the opening of the new entrance, so it ends up also being a relationship driven by the idea of challenging one another to do exciting things, sometimes it’s Mariana or Gustavo, other times it’s us; there’s this coming and going of ideas, and that’s truly important. Honestly, I’m quite curious to find out what’s happening from now on, now that it’ll be able to have its own identity”.

In the container or sitting at a table outside sipping on a nice after-work drink or inside the MetalBox.pt studio for some much-needed solitude, Branko lives Village as if it were a divergent playground, with his mindset leaned on what’s different and disruptive, because that’s really the only way his music will be new for him and others.