In Portuguese, percebes (often mistranslated as "understands" in portuguese restaurants) are barnacles, the crustacean, but it’s also the name of a music label. They’re both rare delicacies that can be caught: out from the ocean or in record stores. The latter got their hooks in each other, like some kind of supergroup, all coming from different backgrounds, but with music in its core. I cast my net and got a chat with Percebes and its own Hélder Russo, João Silva Pires (a.k.a. Ka§par), Pedro Caldeirão and Sara Sirvoicar at Village. With percebes, of course, and Chefe, their bulldog. I then realized that what drives them together is releasing music, but also the sheer pleasure of talking about the vastness of possibilities around it. 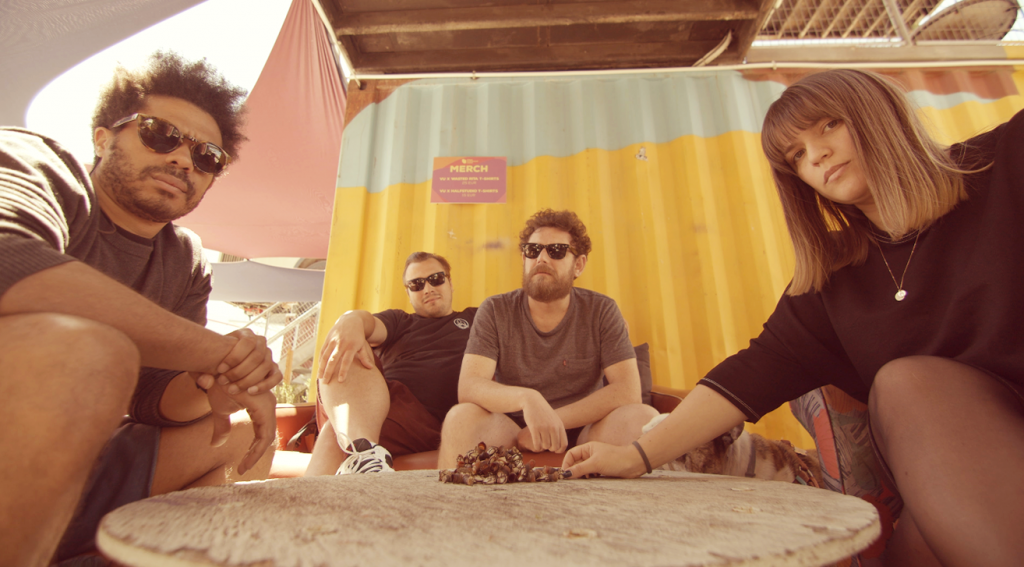 “I was in Adraga beach and the tide was low, which made me go in a cave and run into a 5-meter wall filled with percebes. I had an epiphany!” This is how Ka§par tells the story of how he felt inspired by a pattern of bona fide “alien claws, like the tourists call them”. And from such casual yet significant encounters, other conversations arose and granted a capital P to that quirky name, and that’s how Percebes came to be.

Then the concept just needed a push. Sara Sirvoicar, designer, is the one behind the graphic communication, which to her has “the typically Portuguese character, albeit making use of a foreign element that hasn’t been much explored. And then there’s the wordplay” (“Percebes” roughly means “to understand” in portuguese). Within a minimal yet rhythmic image, the association with maritime themes is unavoidable, represented by the net of shellfish around the Styrofoam case enveloping the tapes. Unique objects that give value to the content.

But if a fortuitous name and a strong image can allure the most inquisitive individuals, which is essential to the health of a new label, when we eat percebes we are putting our hands on its content, and these Percebes know that it’s all about the tasting experience. At the end of the day, music wins best flavor. And Ka§par doesn’t need any introductions when it comes to electronic music in Portugal. He’s called by his peers “the youngest among veterans”, as he joined the ones shaping Lisbon’s nightlife from a young age. He started producing before he was a DJ and electronic music was fostered in him by Tó Pereira’s (DJ Vibe) show, “Dancefloor” on Antena 3, which was setting fire to Portuguese radio shows in 1994. A couple of years later, when he was 16, Rui Murka invited him to DJ at Frágil and he never stopped since. Lux, Groovement, Red Bull Music Academy, TINK! Music and most recently Suave are just some of the places and projects he’s been through. But here I’ll try to focus on João Silva Pires from Percebes, the agitator, the enthusiast. It’s easy to see he’s wearing his heart on his sleeve when he talks about music, which is something quite standard for those who live with passion for what they do. Percebes, as João says, “is the first project where I finally have total artistic freedom. But what allows us to stand out from the crowd is more about a human side, rather than an aesthetical one. And I also like labels that don’t follow the same kind of aesthetic in every record”.

And it’s exactly that human side around Percebes that maybe enabled them to release a handful of records in just little over one year. It stems from shared desires of getting together to talk about music and its universes, exactly because of that complicity, trust, and mutual admiration. Hélder Russo even declares that Ka§par is a reference from the early days of his electronic exploration: “I wanted to be a hip-hop producer, but I listened to a DJ and asked who was playing: it was Ka§par, and I haven’t stopped following his work ever since”. Until they were put together by chance in the Red Bull Music Academy, when the “idol” recommended the “fan”, and Hélder got to the final shortlist. From then on, they began admiring each other, not only as artists — which brought them together for Gatupreto —, but essentially as people, the human “honesty” that precedes the artistic one, oftentimes set aside in projects where we want to feel a heart instead of a logo.

Even editorially speaking, Pedro Caldeirão says: “the artistic hard core at Percebes is Ka§par and Hélder Russo, and then there’s Sheri Vari, Daino, Early Jacker and 2Jack4U, who more than artists we can relate to are people very similar to us in the way they are in music and in life”. That’s pretty clear even in the way they enjoy creating artistic relationships. For the release of “Epicurismo”, they rented a pool in the middle of nowhere for a “creative weekend”, as they called it, and “where there were more artists than actual audience on the dancefloor”. 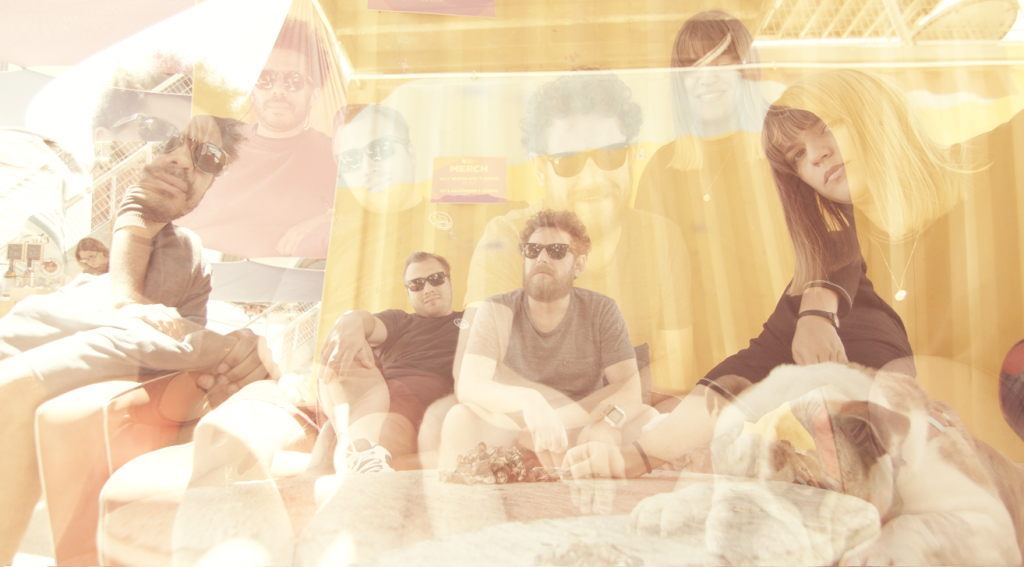 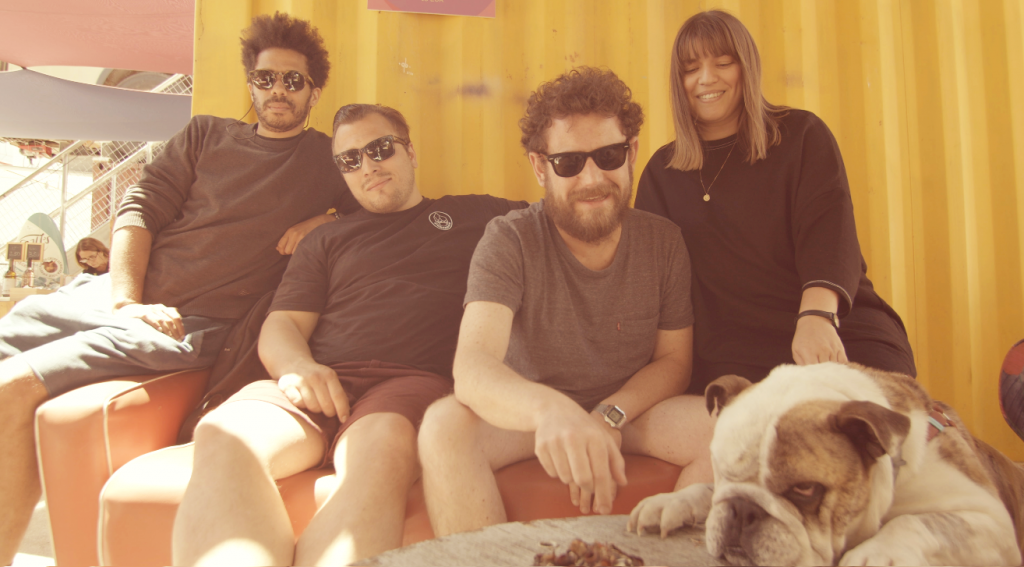 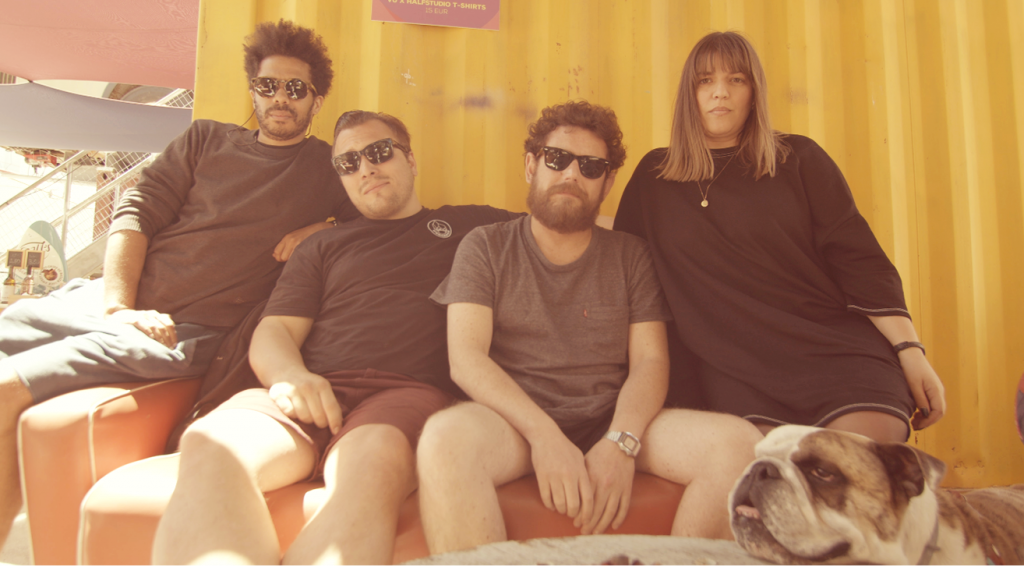 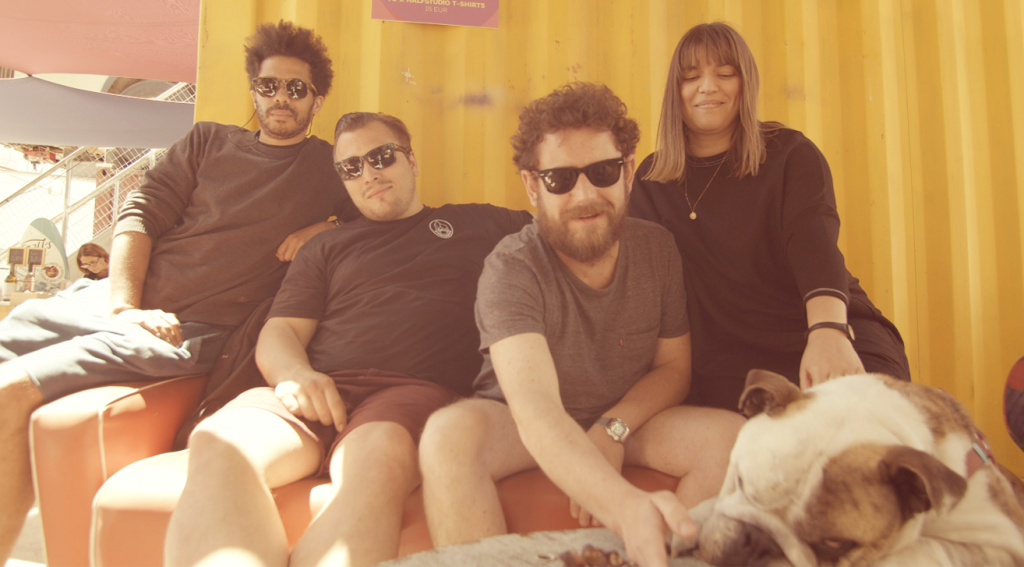 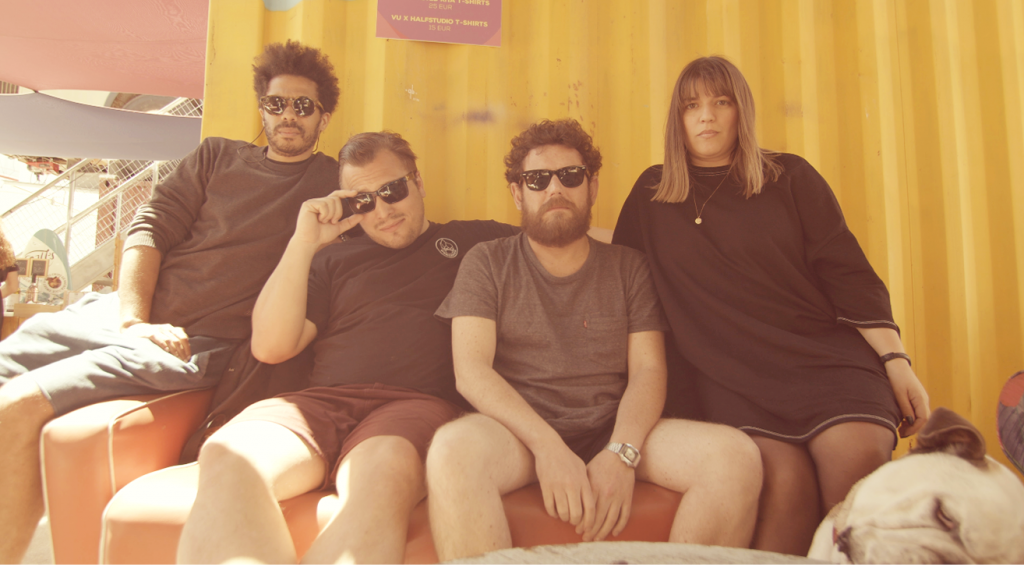 There’s the artist and the audience, and then there’s Pedro Caldeirão: he never really took a chance on art, but he also wasn’t fully satisfied by being a mere viewer — Caldeirão always wanted to be hands-on and create those cultural relationships that become personal. And he went from the dancefloor to becoming a creator, from Extended to programming the nights at Mexe, in Bairro Alto, including founding Op \/\/\ Amp, with which he planned events and managed DJs. “My background’s in Economy and Management, but I’d spent more time at (the faculty of) Fine Arts”. Caldeirão was never a fan of the suit-and-tie, 9-to-5 routine, and always looked for cultural and alternative projects. “There’s something in me that makes me sit down, think of a concept, create a project and put it all together… Here we huddled everything together in a caldron and Percebes was born!”.

And then the inevitable conversation about the “new Lisbon” and the label’s standpoint: “Musically speaking, Percebes is as Lisbon-driven as it is dance music, but that has grown with the plurality of Bairro Alto, Frágil, Lux, hip-hop, jazz, soul, funk, house, techno, d’n’b… and obviously the PALOP culture”. One can easily “spot influences in Detroit, Chicago, New York, but also black music and other genres we listen to” in Percebes’ releases, says Ka§par. “We don’t want to make music about what’s expected from Lisbon or what the press tries to sell sometimes about what’s happening here. Records have to be honest, sound authentic”. And what can we expect from a project where each member takes care of his/her own creative process with that desire for authenticity?

Percebes truly stems from one same big heart — the one beating for creation — but with numerous heads. The thing is that the creative waves that crash onto the rocks holding these percebes, take away the experience of many other waves throughout times, the ones that got them to where they are now. And more than a past or a future, Percebes is a safe present for music made in Portugal.