He comes in a rush, but with no rush at all at the same time, with a huge smile on his face and words, so bright, that find a balance in his unfathomable eyes. Rapper, writer in its most wide-ranging forms, conqueror of audiences, king of hip hop culture. Creole became his war cry and Village a stage he wants to step on time and time again, and I’m so glad about this. 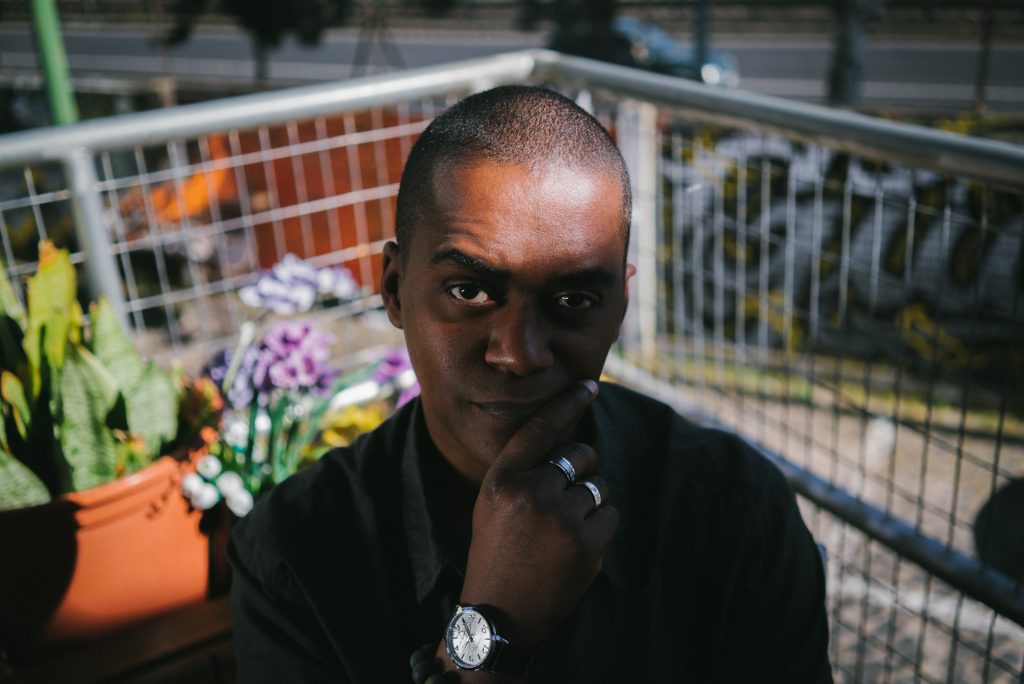 On one of those days of climatic catatonia, with rain and sun appearing in turns, such a typical sign of our usual spring, Village welcomed us, me and Carlos Furtado, or Karlon Krioulo, or Karlon, and immediately I foresee a fun, pure conversation. Karlon is one of those people that oozes good vibes everywhere he goes and is not afraid to share his colossal heart with those who come close. Music brought him to Village in 2017 because of his album ‘Passaporti’, his homage to a past by affinity he crafted with Cape Verde and the sounds of these exotic, breathtaking islands. “I came her to rap at Village’s third anniversary and I found lots of people hanging out, peacefully, chilling. When it got to my turn, I wanted to psych them up, and the sound was not that good, there were a few issues, but I was going to sing anyway”, he tells me, “all I want is to show my work. We did it and it was super fun. It was intimate because the crowd was pretty close”.

Perhaps the proximity between people and stages ever growing there is Village’s ultimate asset: even though it’s underground, it has this innate ability of making us feel in the center of the world, with all the attention turned to the art of creating and doing things well. “Of all the stages, and I’ve climbed on a lot of them, I enjoyed this the most. I was never fond of that thing where the crowd is miles away. Here I was pretty close, I felt this good energy”, he says.

Although this was not his first contact, after this he kept on nurturing close ties with the unique village, opening doors wide enough that allowed him to be part of Acorde Maior this year as a mentor and central figure to whom kids can look, listen to and learn. Karlon is, without a shadow of a doubt, a storyteller, a dreamer that writes everything down on paper, as “writing is the key to everything”, as he said so himself, therapy, a place he found to empty his head from the more confusing voices. But also discipline and the sense of responsibility play an important role in his routine, something that was swayed by his parents, who are from Cape Verde. Karlon carries around this legacy of education transmitted by this more demanding, work-driven generation. The combination of these two sides of the same man revealed to be perfect for a timely hand-over at Acorde Maior, where he could share knowledge, lyrics, free style, writing, organization — everything he uses and consumes every single day. 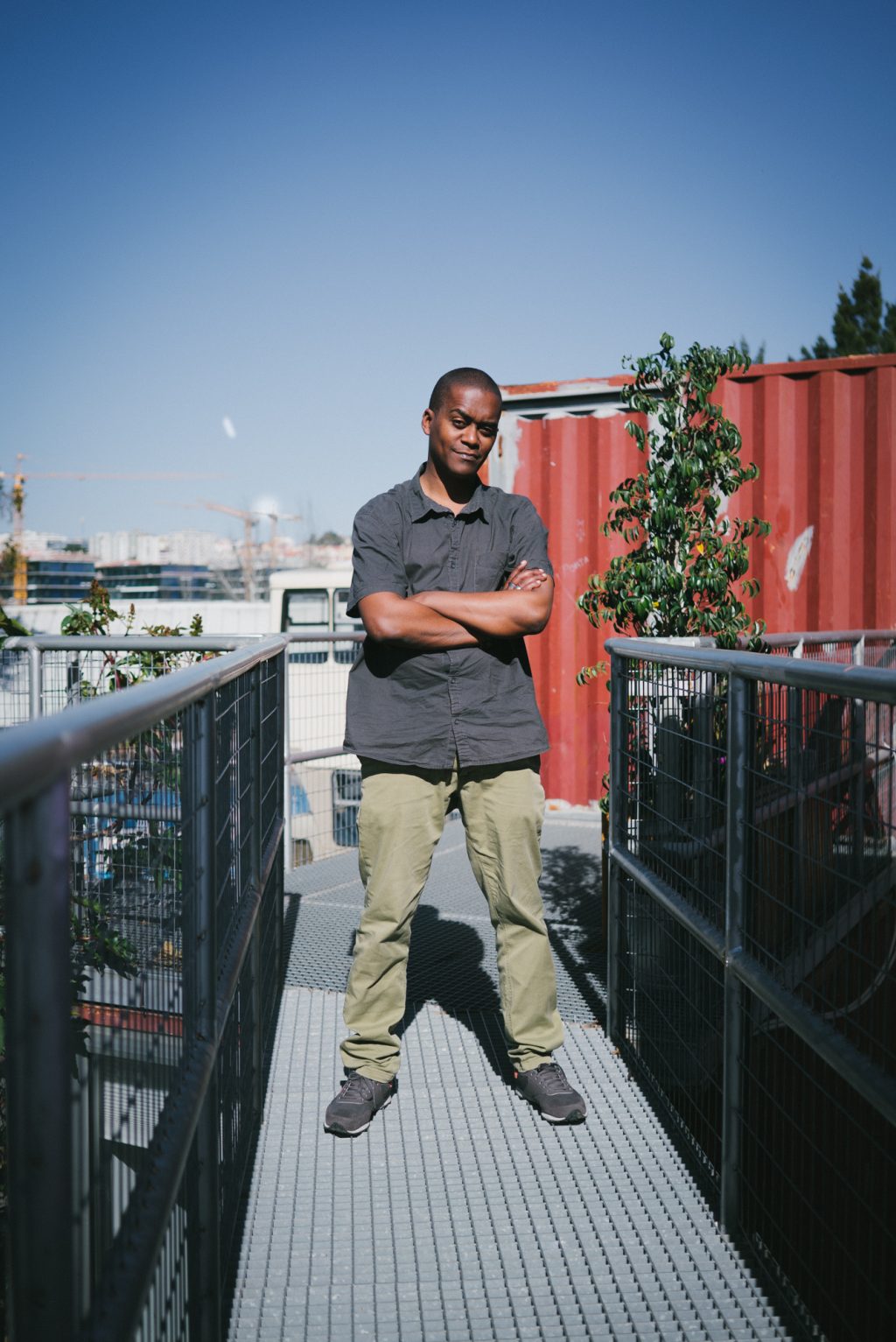 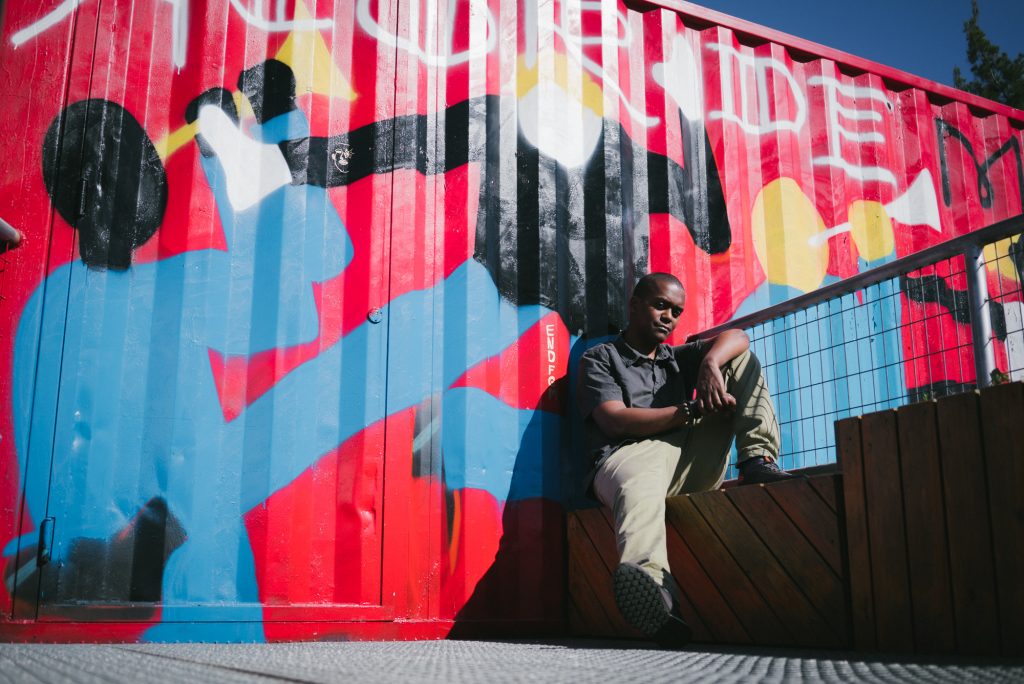 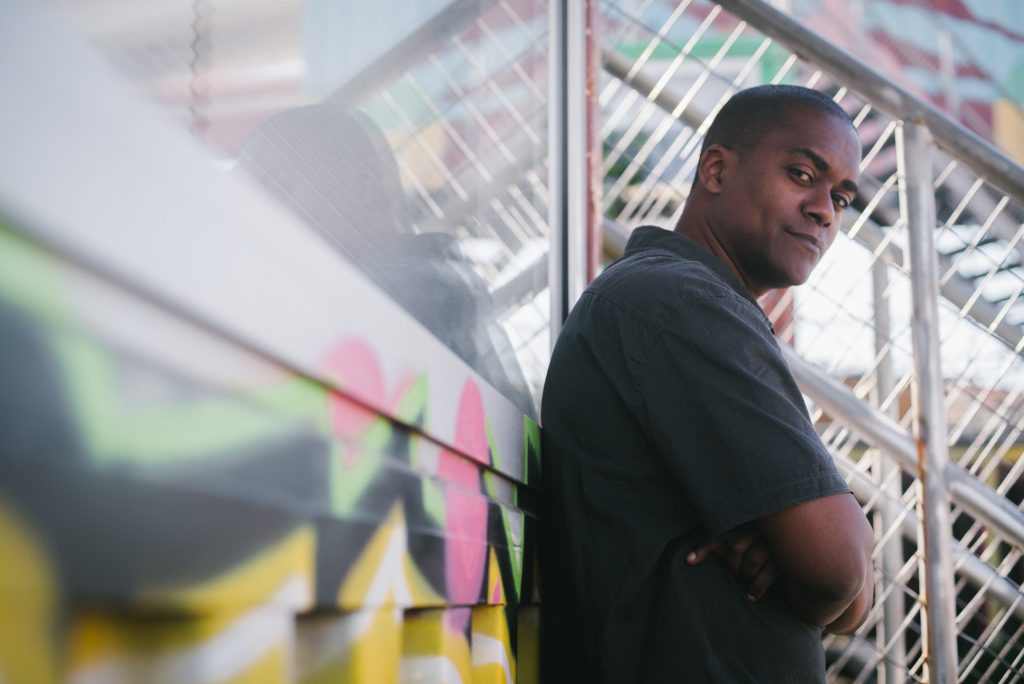 In his mind he keeps an idea that goes beyond the four days at Acorde Maior, “a school” with a selected group of kids where they could learn a number of activities. And, he believes, “the perfect place for kids to have music, sound, recycling, sewing, costumes, those things”, he says, “it’s Village”, recalling the times at Chapitô, where he learned about lots of things and felt stimulated like he’d ever felt to leave his comfort zone.

It’s a matter of energy, really, a powerful chemistry that rolls out and expands and swells until it’s covering our skin. And the energy that Karlon receives and gives back in equal measure in this space of thousand colors is unutterable and can’t be regulated. It’s contagious thanks to his gestures, his smile, his laidback “hi” launched at people who knows him and who don’t. Karlon is, deep down, the mirror of the people who are happy here and aren’t afraid to show it and end up coming back and back and back again. “There must be some Portuguese word to describe Village, but I haven’t found it yet”.